In October 1918, a gas blinded lance-corporal named Adolf Hitler was admitted to a small mental hospital in the Pomeranian town of Pasewalk.

There he was examined by Dr Karl Kroner. The forty-year-old Jewish physician’s knowledge of gas poisoning was both professional and personal.

In 1917, while serving as a doctor with the Third Husaren Cavalry Regiment, he had been gassed and temporarily blinded.

Invalided out of the army, he returned to Berlin and started working in private practice. He also served as consultant to a number of military sick bays including Pasewalk.

After a brief examination, Kroner confirmed the diagnosis of Front Line doctors. Hitler’s blindness was due to mental breakdown rather than Mustard Gas. 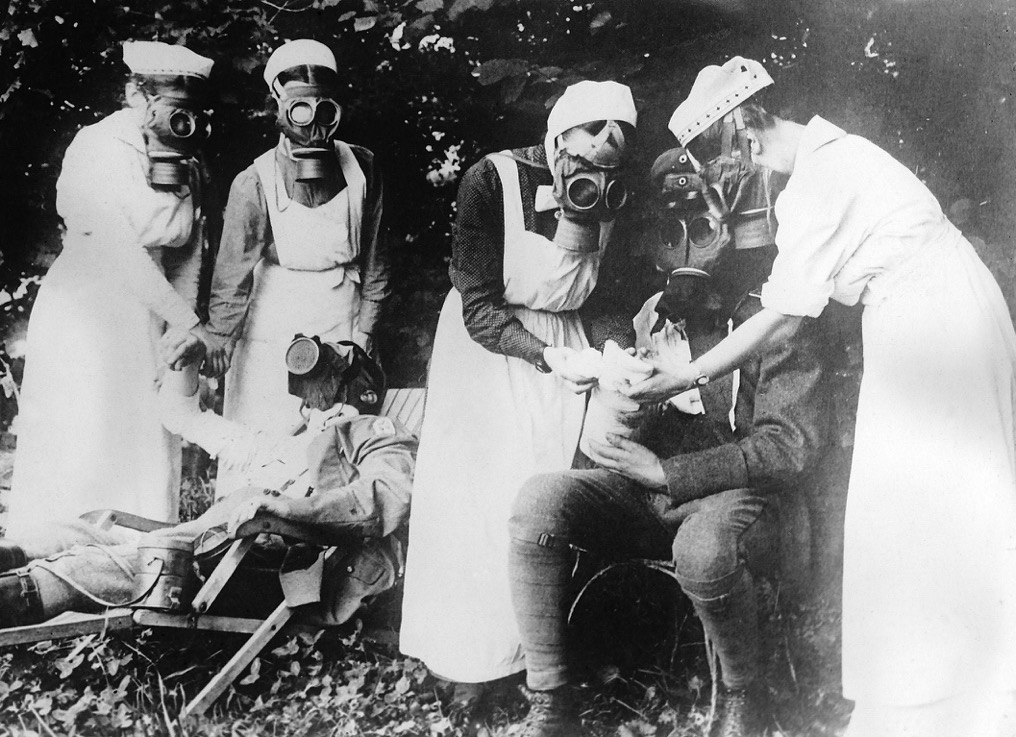 His examination took only a few minutes.

But the fact he knew the true cause of Hitler’s blindness almost proved fatal after the Nazis came to power in 1933.

Desperate to conceal the embarrassing political fact their leader had once suffered a mental breakdown, they set about ruthlessly destroying not only any physical evidence of his treatment but also to eliminate all those who knew the truth and whose loyalty, or ethnicity, was open to question. 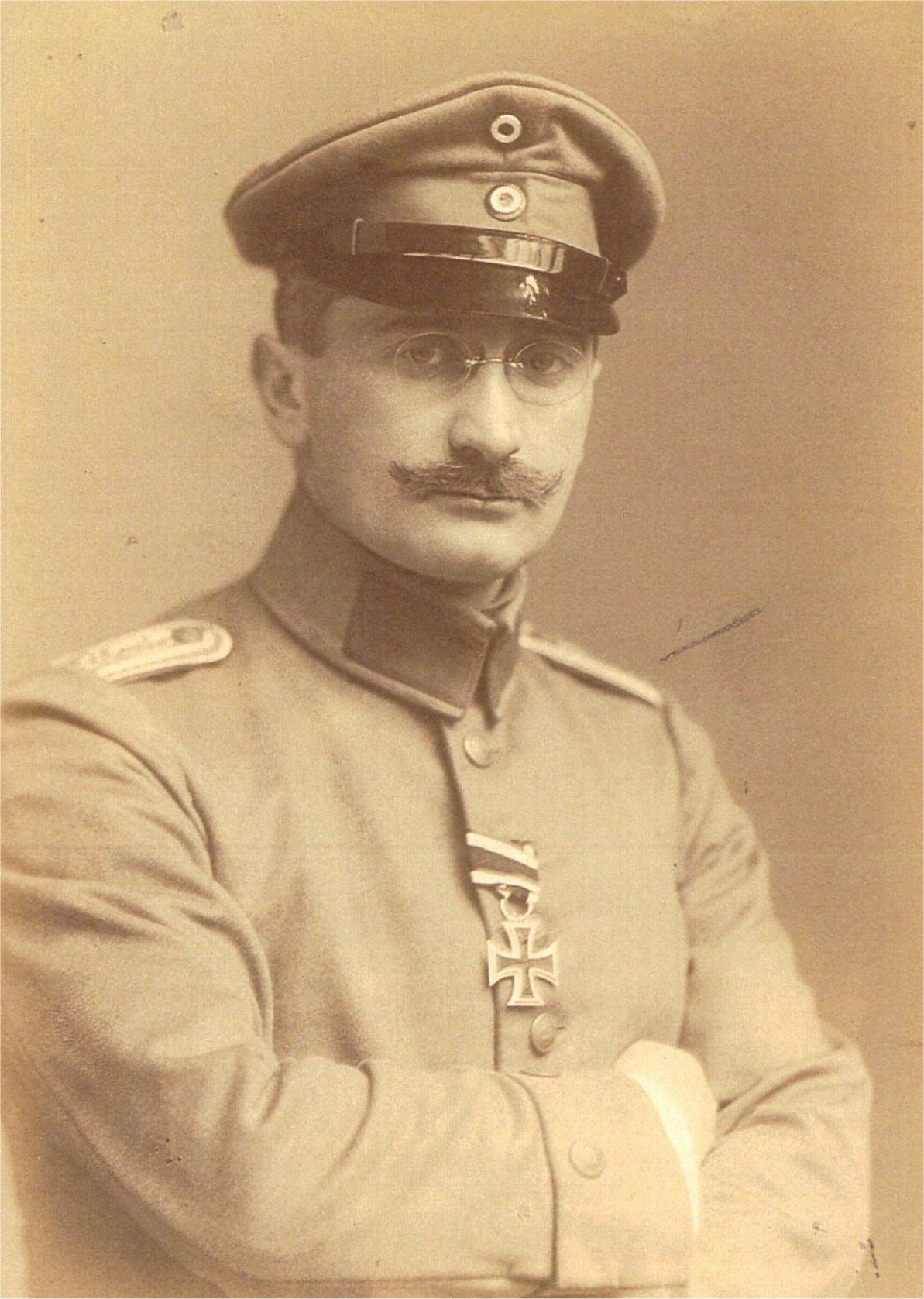 After the War Was Over

When the war ended, Kroner returned to private practice in Berlin while also working as a consultant at four hospitals.

In 1920, he married Dr Irmgard Liebich, a colleague he had met when employed as a consultant.

‘After a few years, they thought there were too many doctors in the family,’ their son Professor Klaus Kroner told me. Irmgard gave up medicine and returned to university, There she studied linguistics, specialising in the Scandinavian languages. This led to friendships with university students from all over Scandinavia, especially those from Iceland.

On returning home, many of these students rose to prominent positions in government, politics and the media.

After the Nazis came to power, Karl was forced to remove his doctor’s sign from outside their house. Before long, under intimidation from the authorities, his patients abandoned him.

On November 11th 1938, he was arrested, dragged from his home and sent to Oranienburg (later Sachsenhausen) concentration camp.

A desperately worried Irmgard turned to their friend Helgi Briem, Iceland’s representative at the Danish embassy for help.

Intervention from a Diplomat

He did so by applying psychological pressure to SA-Obergruppenführer Dietrich von Jagow, the chief of the storm troopers in Berlin. 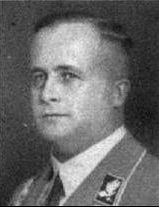 Von Jagow was constantly boasting about how much power he had. The diplomat challenged him to demonstrate his authority by securing Kroner’s release.

After twelve days in the camp Kroner, head shaven and gaunt through starvation, was brought to von Jagow’s office. Briem negotiated a deal. Kroner would be freed. But only on condition he left the country by midnight.

The single flight out of Berlin to meet this deadline was a Danish aircraft leaving at six that evening. It would be a race against time.

Briem telephoned the airline, only to find it was fully booked.

The diplomat again came to the rescue, using his position to have another passenger bumped off the flight.

Briem travelled with Karl Kroner to the airport. It was as well he did. At the gate, Gestapo officers attempted to prevent the doctor from boarding and re-arrested him.

Waving his diplomatic passport, a furious Briem personally escorted Kroner onto the aircraft and waited on the tarmac until it was airborne.

Irmgard, and her 12-year-old son Klaus, followed by train a few days later.

All the family was allowed to take out of Germany were ten Reichsmark and whatever luggage they could carry. Their home and their other personal possessions were confiscated.

Life in Iceland and the US

When they arrived in Iceland, the family found their friends had rented an apartment for them. They had stocked it with food and made interest-free loans to tide them over.

Unable to obtain a licence to practice medicine, Karl remained unemployed throughout the war. Irmgard supported the family by teaching languages at Reykjavik university.

The Kroners’ had applied for visas to travel to the United States. It may have been in the hope of obtaining these that, in 1943, Karl prepared the report on Hitler’s treatment at Pasewalk for US Naval Intelligence.

They emigrated to the United States, in 1946, where Karl worked as a consultant at the Professional Hospital in Yonkers.

He died peacefully in August 1954. Irmgard survived him by almost twenty years, passing away in 1973.

Both had asked for their ashes to be returned to Iceland and today they are interred in Fossvogur cemetery Reykjavik. 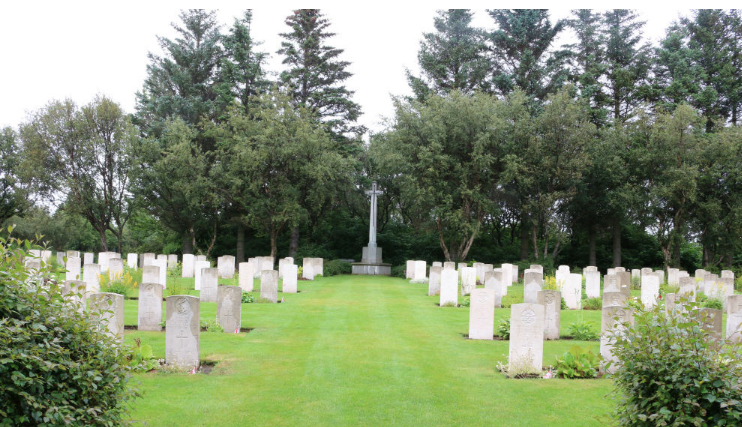