BEATE KLARSFELD & THE BUTCHER OF LYON

BEATE KLARSFELD & THE BUTCHER OF LYON

As their thousand-year Reich collapsed in flames and around them, senior Nazis were faced with four stark choices.

They could kill themselves, like Heinrich Himmler and Joseph Goebbels; be killed by Allied fire, like Hitler’s secretary and senior Nazi Martin Bormann; stay and stand trial or flee the country.  For those choosing the latter course, favourite destinations were the dictatorships of South America where they could live more or less openly in the German communities of Argentina and Bolivia.

Many fleeing Nazis made use of a highly efficient escape routes, known as ‘ratlines,’ organised by U.S. Intelligence and the Croatian Roman Catholic clergy.

The churchmen appeared to be motivated partly by sympathy for fellow Catholics, Hitler had been baptised into the Faith and in his youth even contemplated becoming a priest. On his death a Requiem Mass was held for him in several churches.

Mainly, however, both the Catholic hierarchy and U.S. Intelligence were more fearful of Communism than of Fascism, despite the fact the Nazis had jailed and murdered many Catholic laity and priests.

The Rise of the Avengers

A determination to bring these war criminals to justice, gave rise to a number of so called ‘Nazi Hunters’.

Perhaps the best-known of these was Jewish holocaust survivor Simon Wiesenthal, who died in 2005.  In a future blog, I will tell the story behind one of his best-known captures, that of Adolf Eichmann.

But here I want to describe the work of two less well known, but no less courageous and effective, fighters for post-war justice, Beate and Serge Klarsfeld.

The German born daughter of a clerk at the Berlin Law Courts, Beate arrived in Paris in 1960 as an au pair. There she met and married lawyer Serge Klarsfeld, a French Jew who had hidden in a cupboard with his mother and sister as the Nazis dragged his father away to deportation and death in Auschwitz.

Beate first attracted public attention with three hard-hitting articles for the French newspaper Combat, in which she attacked the record of the German Chancellor Kurt-Georg Kiesinger whom she branded as a supporter of Hitler.

Further headlines followed after she had slapped Kiesinger across the face at a meeting in West Berlin. Later she made headlines again when she attempted to kidnap Kurt Liscka, former head of the Berlin Gestapo’s anti-Jewish department. 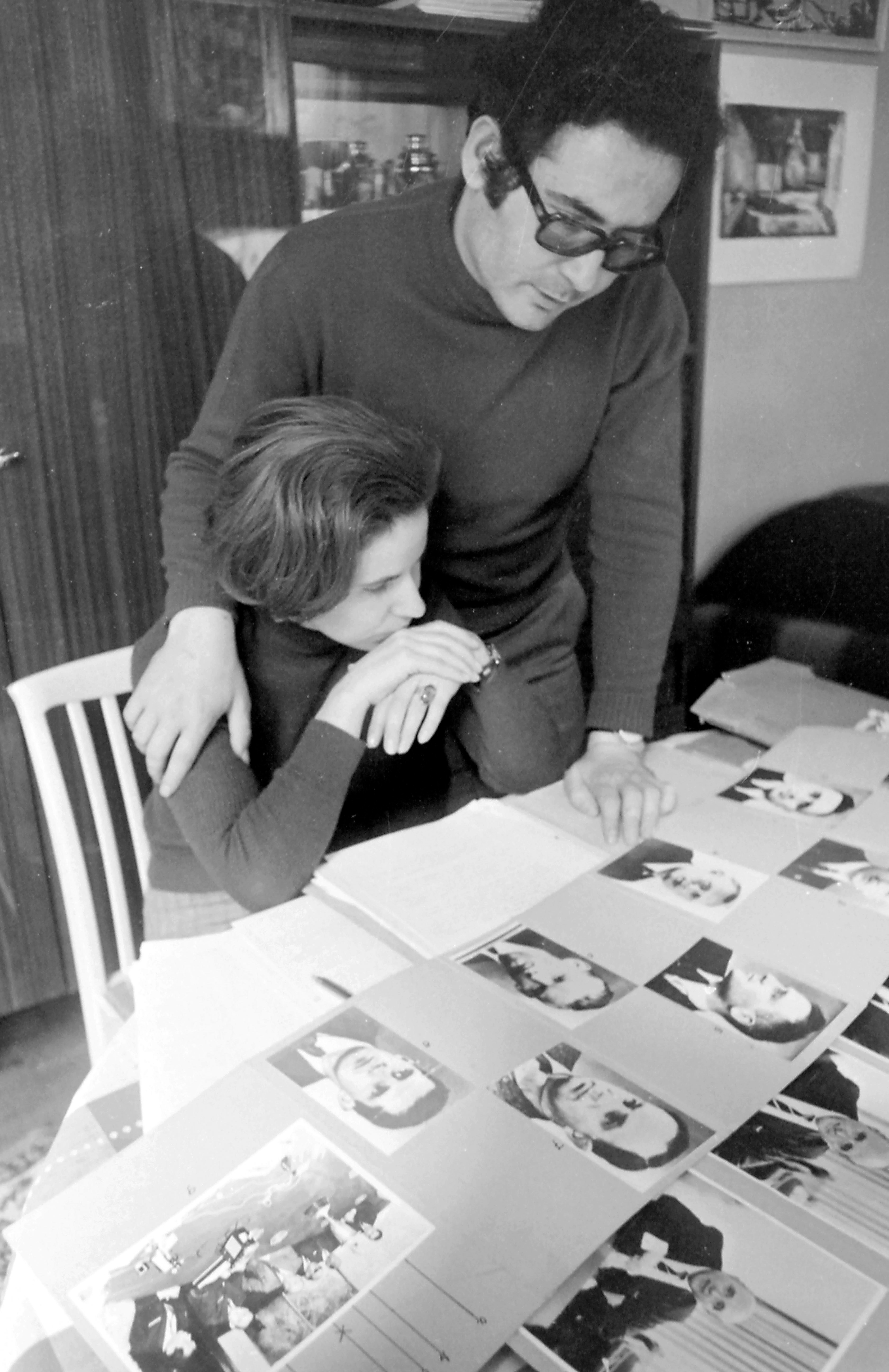 My Meeting with Beate and Serge

When I met up with Beate, Serge and their son Arno, then aged 7, I found a couple who had dedicated their lives to campaigning for justice.

Over coffee in their small Paris apartment, Beate and Serge told me of their current search for Gestapo head Klaus Barbie currently hiding out in Bolivia under the name Klaus Altmann. 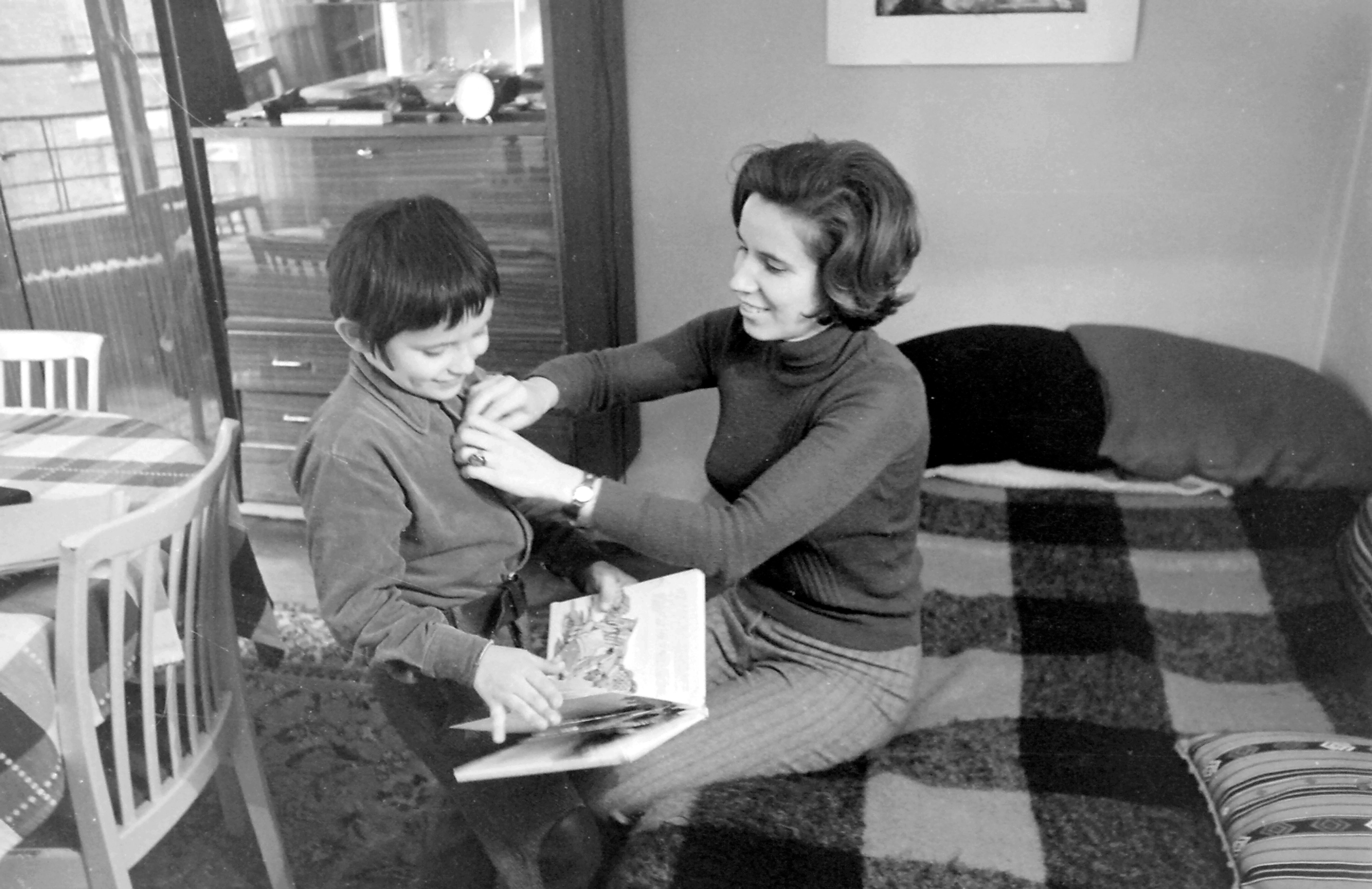 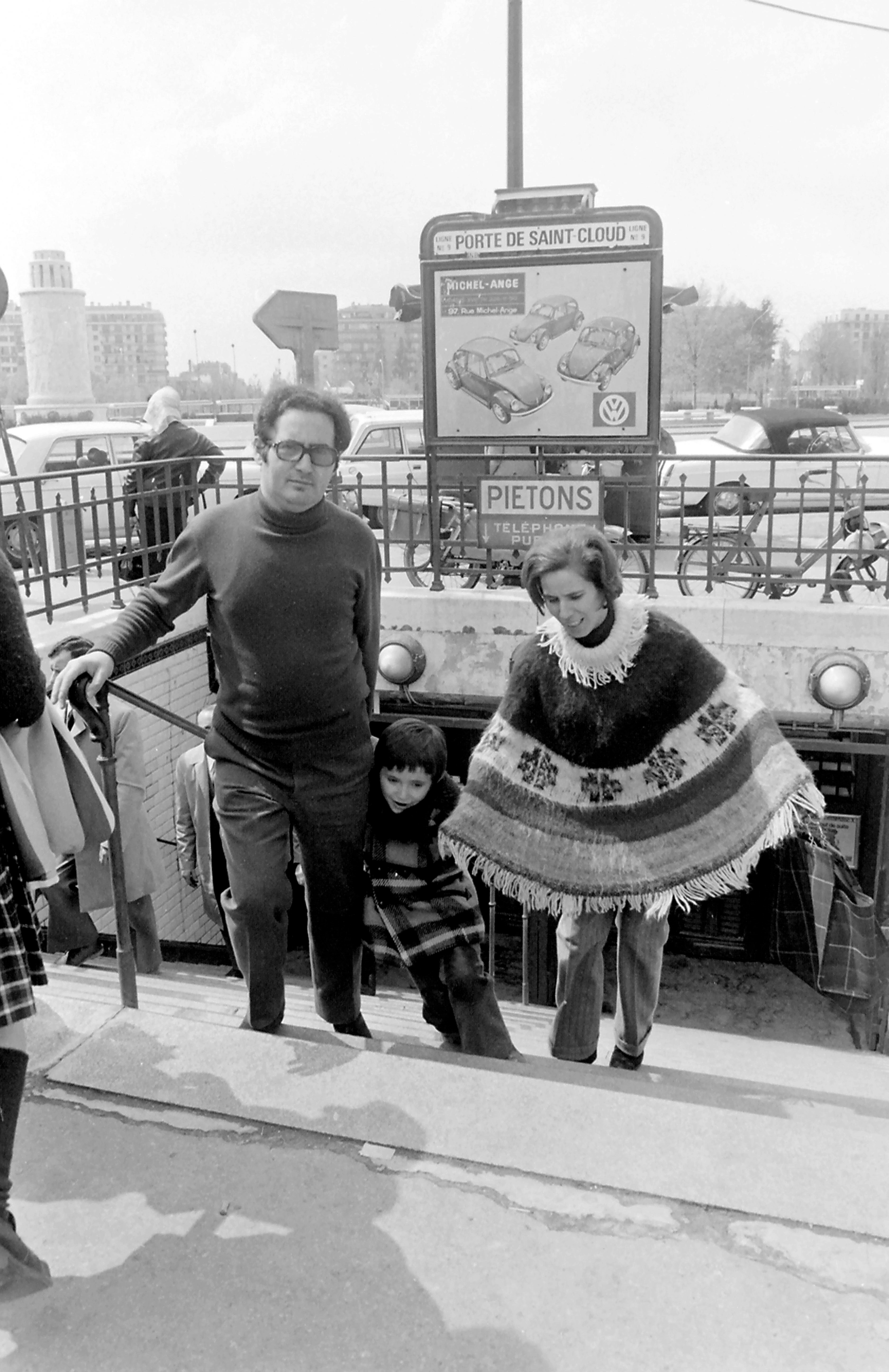 Beate and Serge Klarsfeld with their son Arno, then aged seven

The Butcher of Lyon

Obersturmführer Nikolaus ‘Klaus’ Barbie was dubbed the ‘Butcher of Lyon’ for his personal involvement in the brutal torture and murder of French prisoners. The most prominent of his victims being the famous French Resistance leader Jean Moulin. For this arrest, and his successful campaign against the Resistance, Hitler awarded Barbie the Iron Cross (First Class) in 1943.

It’s been estimated that during his career he was responsible for the deaths of at least 14,000 men, women and children. Among them were forty-four Jewish children he sent from an orphanage to their deaths in the gas chambers of Auschwitz. 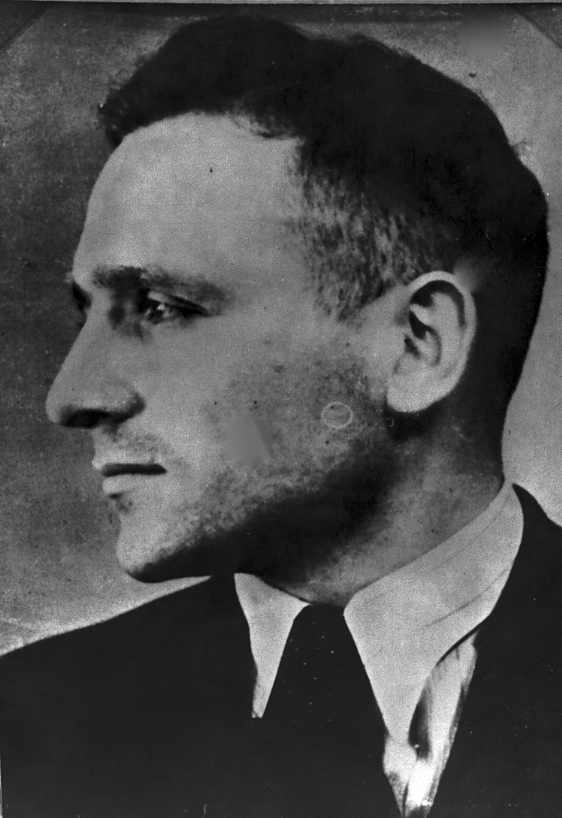 Klaus Barbie from his S.S. documents

Who Was Klaus Barbie?

Nikolaus ‘Klaus’ Barbie was born on 25 October 1913 to a Catholic family in Godesber, now part of Bonn. His father, also called Nikolaus, had been conscripted in 1914 and badly wounded in the neck at the battle of Verdun. During his months as a prisoner-of-war he developed a hatred of the French which he passed on to his young son.

Up to the age of ten, Klaus Barbie was taught by his father at their local school and is reported to have been physically and psychologically abused by him. If so, it probably came as a relief when he was sent off to boarding school. There he proved a bright student whose ambition was to study theology.

The early death of his father, whose health had been poor since the war, thwarted 20-year-old Klaus’ ambitions and he found himself unemployed. After a few weeks without work, he was conscripted into the Nazi Reichsarbeitsdienst (labour service). In September 1935 joined the S.S. and soon afterwards started working in their Security Service.

At the outbreak of war, he was sent first to Amsterdam and then, in 1942, to Occupied France as head of the Lyon Gestapo.

Barbie set up his HQ in the Hôtel Terminus, where the once fashionable suites were transformed into torture chambers for both adults and children. The daughter of a French Resistance fighter described how Barbie had beaten her father, then skinned him alive before plunging his head into a bucket of ammonia and killling him.

Far from being arrested after the war, he was initially employed by US Intelligence in their war against Communism and later by West German Intelligence. When things became too hot for him in Europe, American agents helped him escape to Bolivia.

Under the name Klaus Altmann, Barbie enjoyed a comfortable life among his fellow Germans and enjoyed friendly relations with high-ranking Bolivian officials, including the dictators Hugo Banzer and Luis Tejada, who appointed him a lieutenant colonel in the country’s armed forces. He is alleged to have orchestrated the coup d’état that brought the Tejada to power. With Tejada’s fall, Barbie lost the protection of the La Paz government. 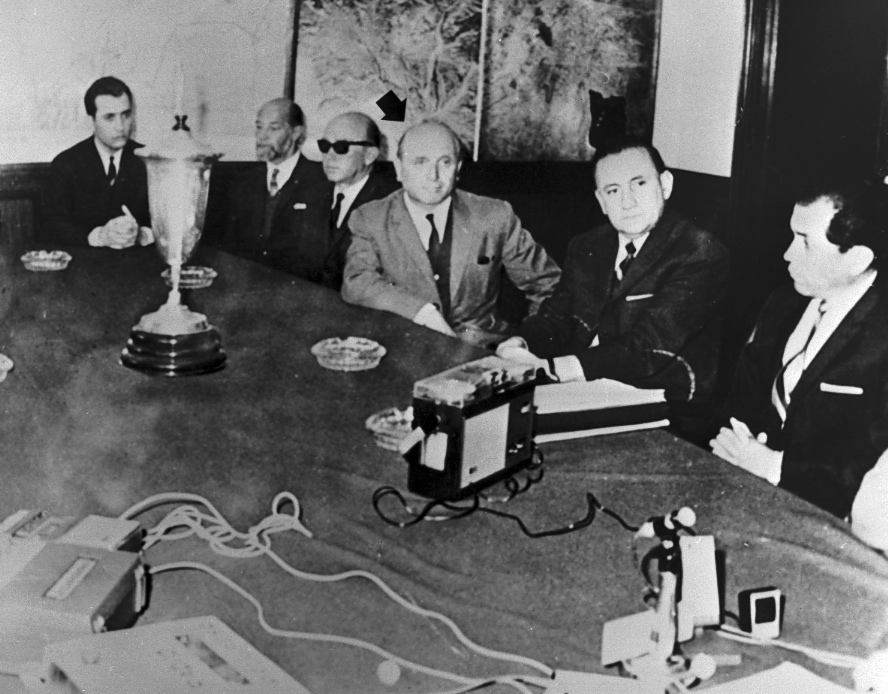 The Klarsfelds Track Down Barbie

In 1971, Beate and Serge identified Barbie as Altmann after locating a document that revealed his alias. On 19 January 1972, they published this information, together with secretly obtained photographs, in a French newspaper. 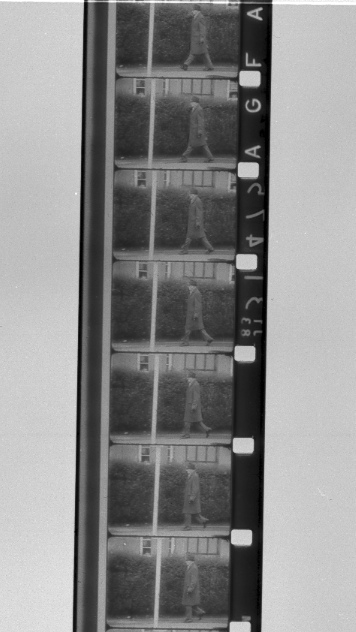 Clip from covertly shot film of Altmann in Bolivia

Despite a world-wide outcry followed, the Bolivian government refused to extradite him, on the grounds that no treaty existed between their two countries and that, in any event, the statute of limitations on Barbie’s crimes had expired.

It was only in 1983, after the arrival of a newly elected democratic government that, thanks in large part to the unflagging campaign of Beate and Serge Klarsfeld, Barbie was finally arrested and sent to France to stand trial for war crimes

During his trial, Barbie announced proudly: “When I stand before the throne of God, I shall be judged innocent.”

The judges did not agree. On 4 July 1987, they sentence him to life imprisonment and he died of cancer, still behind bars, four years later at the age of 77.

Beate at home with her husband Serge and son Arno, then aged 7.

Klaus Barbie who was then living and working in Boliva under the name Klaus Altmann.

Klaus Barbie as he looked during the War.