In the late spring of 1913, Hitler abruptly left Vienna for Munich.  His rapid departure was caused by a fear of being imminently conscripted into the Austro – Hungarian army where, as he put it, he would have to serve alongside ‘Jews and Czechs’.

It was not that he was afraid of fighting or opposed to being a soldier, on the contrary, as the world race towards war following the assassination of Archduke Franz Ferdinand by 18-year-old Gavrilo Princip, Hitler rejoiced:

‘To me those hours seem like a release from the painful feelings of my youth,” he wrote in Mein Kampf. “Even today I’m not ashamed to say that, overpowered by stormy enthusiasm I fell down on my knees and thanked Heaven, from an overflowing heart, for granting me the good fortune of being permitted to live at this time. A fight for freedom had begun, mightier than the earth had ever seen; for once destiny had begun its course, the conviction dawn on even the broad masses that this time not the fate of Serbia or Austria was involved, but whether the German nation was to be or not to be.’ 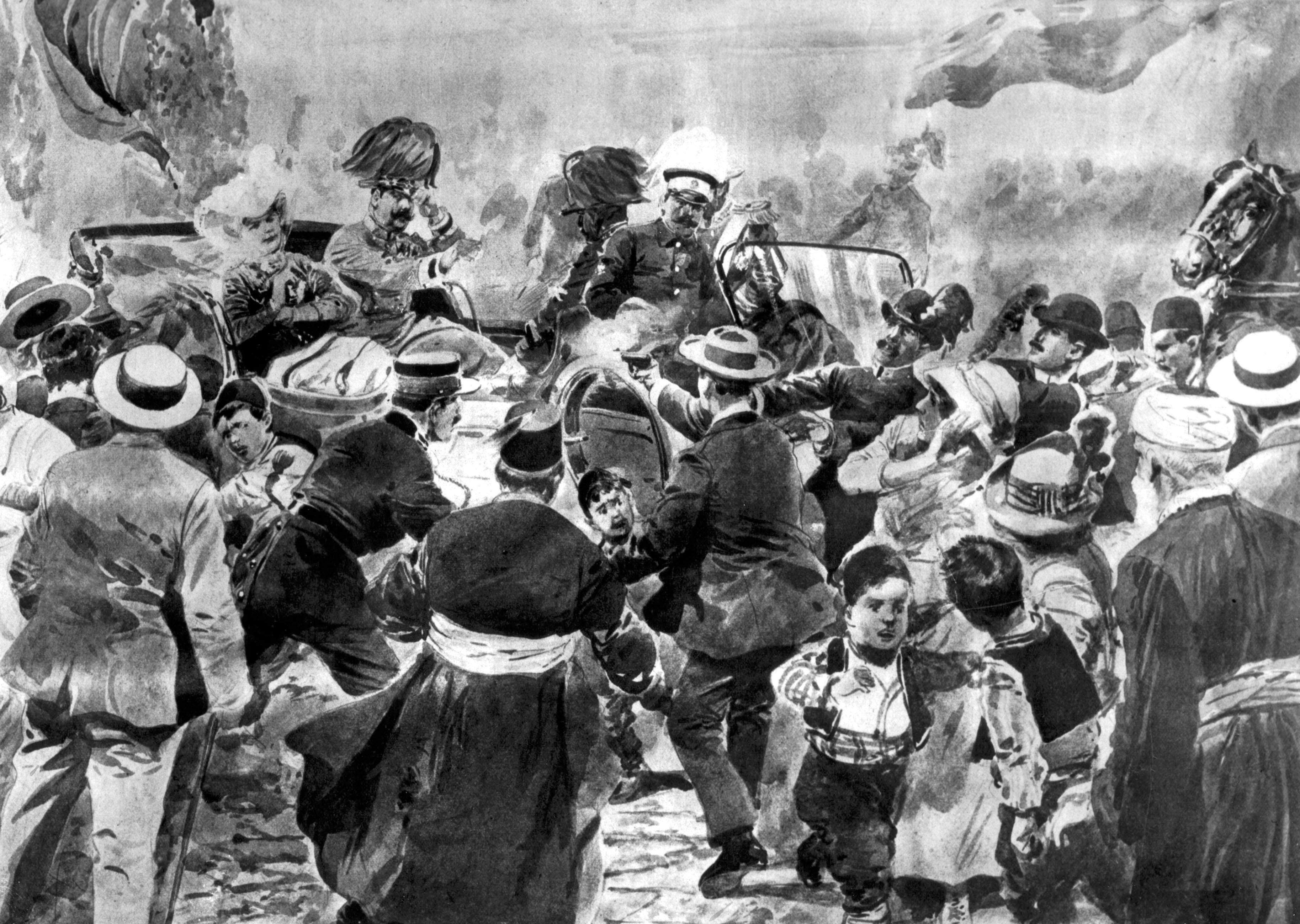 Assassination of Archduke Franz Ferdinand of Austria in Sarajevo. This assassination triggered off World War I June 28, 1914 Yugoslavia

If he needed any proof of the decadence and corruption of the Austro-Hungarian army, Hitler would only needed to have glanced at the morning papers.

On the same day that Hitler’s train had conveyed him from Vienna to Munich, five stunned and outraged Austrian Army intelligence officers had confronted one of their most respected colleagues, Colonel Alfred Redl, in a private dining room at Vienna’s Klomser Hotel. 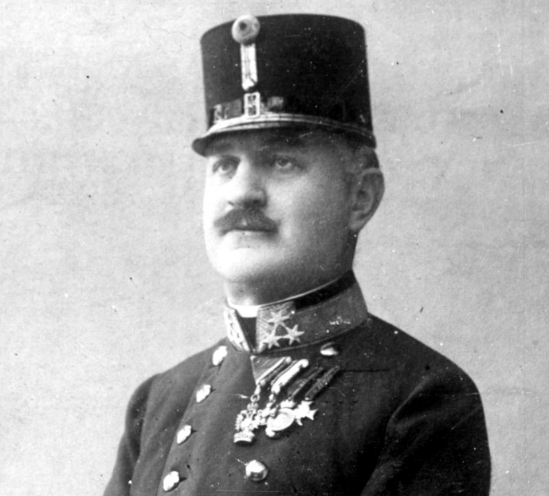 A former head of the Austro-Hungarian Kundschaftsstelle (counter-intelligence organisation) and, more recently, Chief of Staff to the 8th Army Corps in Prague. Redl was also, unfortunately for the Austrians, a homosexual spy who, for more than a decade, had been energetically and profitably betraying his country’s secrets to the Russians.

While his reasons for treachery have never been fully revealed, it is likely he started out by being blackmailed over his homosexual affairs but came to enjoy the large sums of money the Russians provided in return for his treachery.

He certainly seems to have had an urgent need for cash to pay not only for extravagant luxuries, such as a Daimler limousine valued at sixteen thousand Crowns, but for sexual adventures.

A Russian nobleman, who was also a high-ranking officer in the Tsar’s intelligence service, had provided Redl with access to all the funds he needed in exchange for high-level military intelligence.

For a decade, between 1903 and 1913, Redl was Russia’s leading spy. Among other ‘goodies’, he provided them with the entire Austrian invasion plan for Serbia.

The Russians informed the Serbian military command about this coup so that when the Austro-Hungarian Army invaded, the well-prepared Serbians were able to inflict significant defeats on them. His actions have been held responsible for the deaths of over half a million of his countrymen.

A New Counter-Spy Takes Over

When Redl left the service, in 1912, to take up an appointment as chief of staff of the VIII Corps, under his former commander Arthur Giesl von Gieslingen, he was succeeded by Major Maximilian Ronge.

Trained in counter-intelligence by Redl himself, Ronge had started the practice of checking suspicious mail.

One suspect envelope was found to contain a large sum of money as well as references to known espionage cover addresses. On 9 May 1913, a duplicate letter also containing money was sent to the same cover name, ‘Nikon Nizetas’

Ronge assigned detectives to monitor the post office and follow whoever claimed the letter.  When this happened, on 25 May, the detectives followed the man at a discrete distance, only to lose him when he hailed a passing taxi. While they were wondering how to proceed, the taxi in question returned.

The police detectives instructed the driver to take them to the same address as his previous customer. This turned out to be the hotel Klomser. 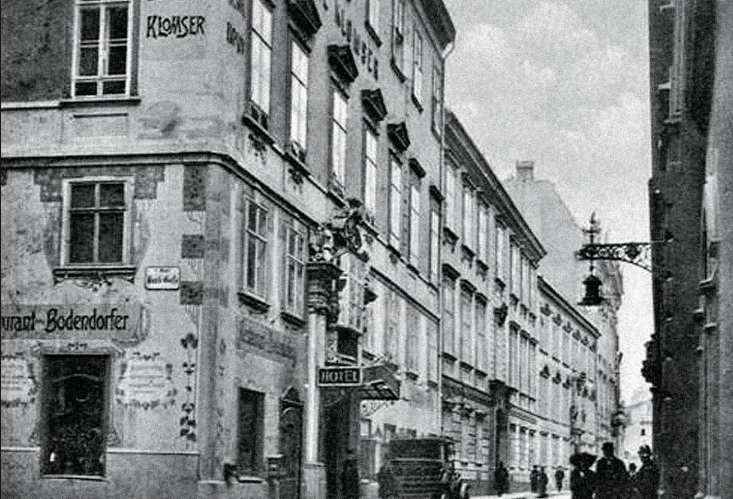 Hotel Klomser in 1913, where master spy and traitor Alfred Redl was confronted.

During the drive, one of the detectives found the sheath for a pen-knife on the back seat of the cab. On arriving at the hotel, they told the manager to ask if any of his guests had lost such a sheath.

When a smartly dressed man arrived in reception to claim it, the detectives recognised hims as their former boss, Colonel Alfred Redl.

Later that same day, five officers, headed by General von Hotzendorf, the Austro-Hungarian Commander-in-Chief, came to see Redl in his plush suite of rooms in the hope of avoiding a scandal by inducing him to confess. 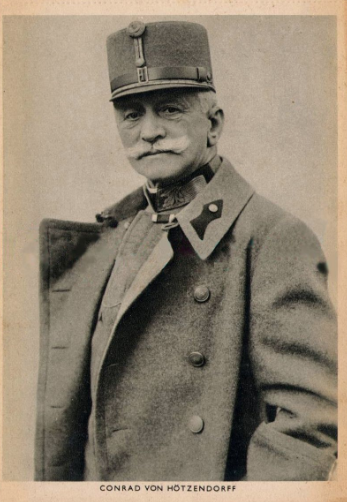 Redl finally agreed and asked for a revolver with which to end his life. None of the five men had one, but finally a Browning was obtained and left with him.

With a man placed outside the door, the officers retired to a nearby cafe, where they smoked and drank coffee until 5 a.m. the following day, when a messenger arrived to say that the colonel had taken the honourable way out.

If the military had expected to keep a lid on the episode, this hope was rapidly dashed. The story reached the front pages of the Austrian and German press on 29 May, and for several days afterwards journalists unearthed a host of sensational details about Redl’s treachery and his homosexual lifestyle.

For Hitler his worst fears had been realised. As soon as war was declared he  realised his ambition and join the List regiment.