Within months, of the outbreak of WW1, the hospital wards of all the combat nations were filled with soldiers who, although physically uninjured, were blind, deaf, dumb, or mute, paralysed, plagued by tics and tremors, had limbs contorted by violent seizures or bent at an acute angle, a condition known as Camptocormia. 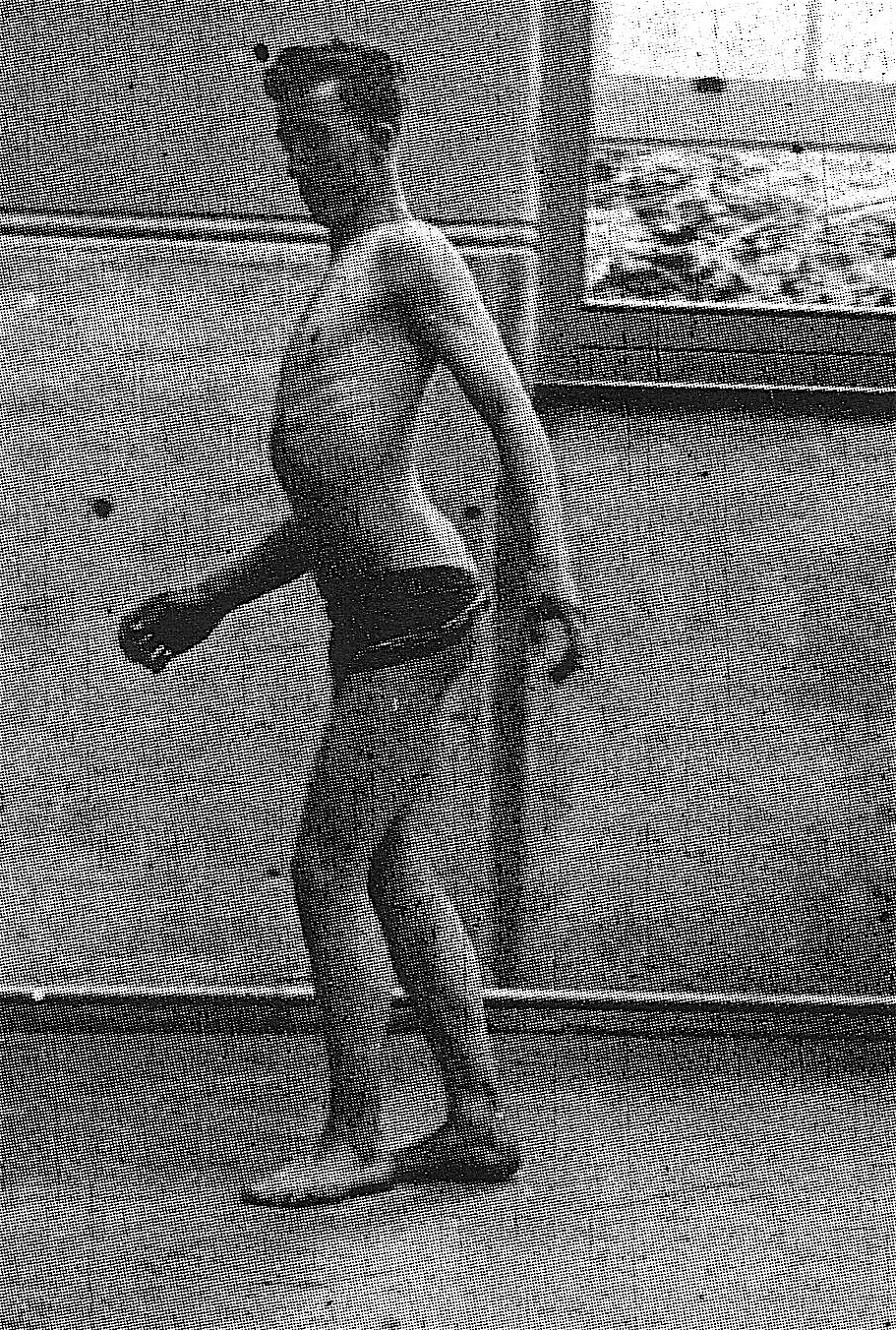 A soldier wounded without a wound during WW1

By the winter of 1917, neuroses had risen to the point of parity with physical injuries, up from 14 per cent of all injuries in 1914 to 45 per cent three years later. ‘Their number has grown and grown,’ psychiatrist Robert Gaupp reported late in 1917. ‘Scarcely is one nerve hospital opened than it fills up and space must be found somewhere else…nerve hospitals are practically the only ones that are always full.’ While the British believed shell-shocked soldiers must ‘Lack Moral Fibre’, be malingerers or, even worse, cowards, German doctors were more likely to consider they were exhibiting a ‘failure of the will’. 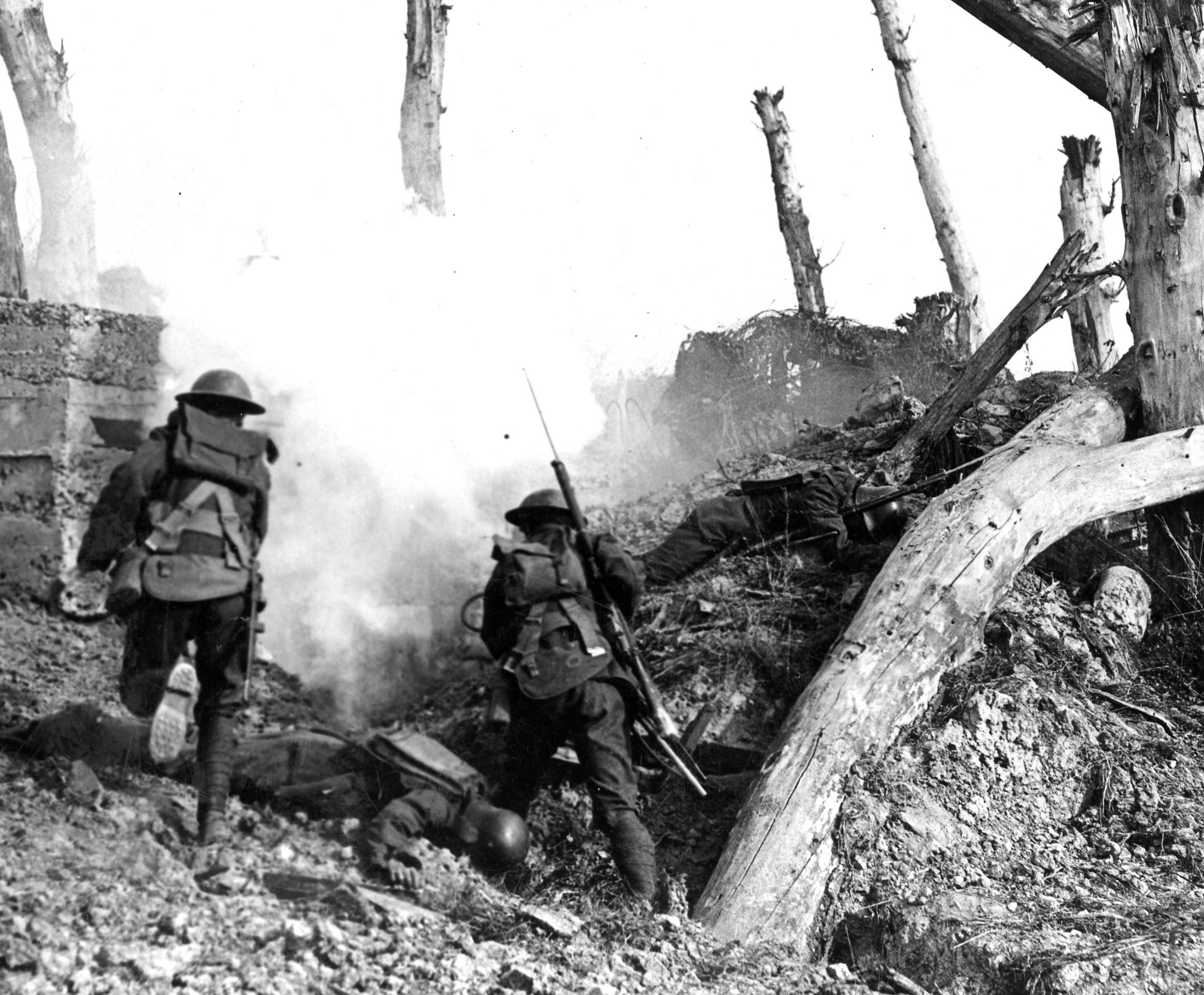 These very different views led to totally different treatments and outcomes for the victims of what, today, we would diagnose as Post Traumatic Stress Disorder. 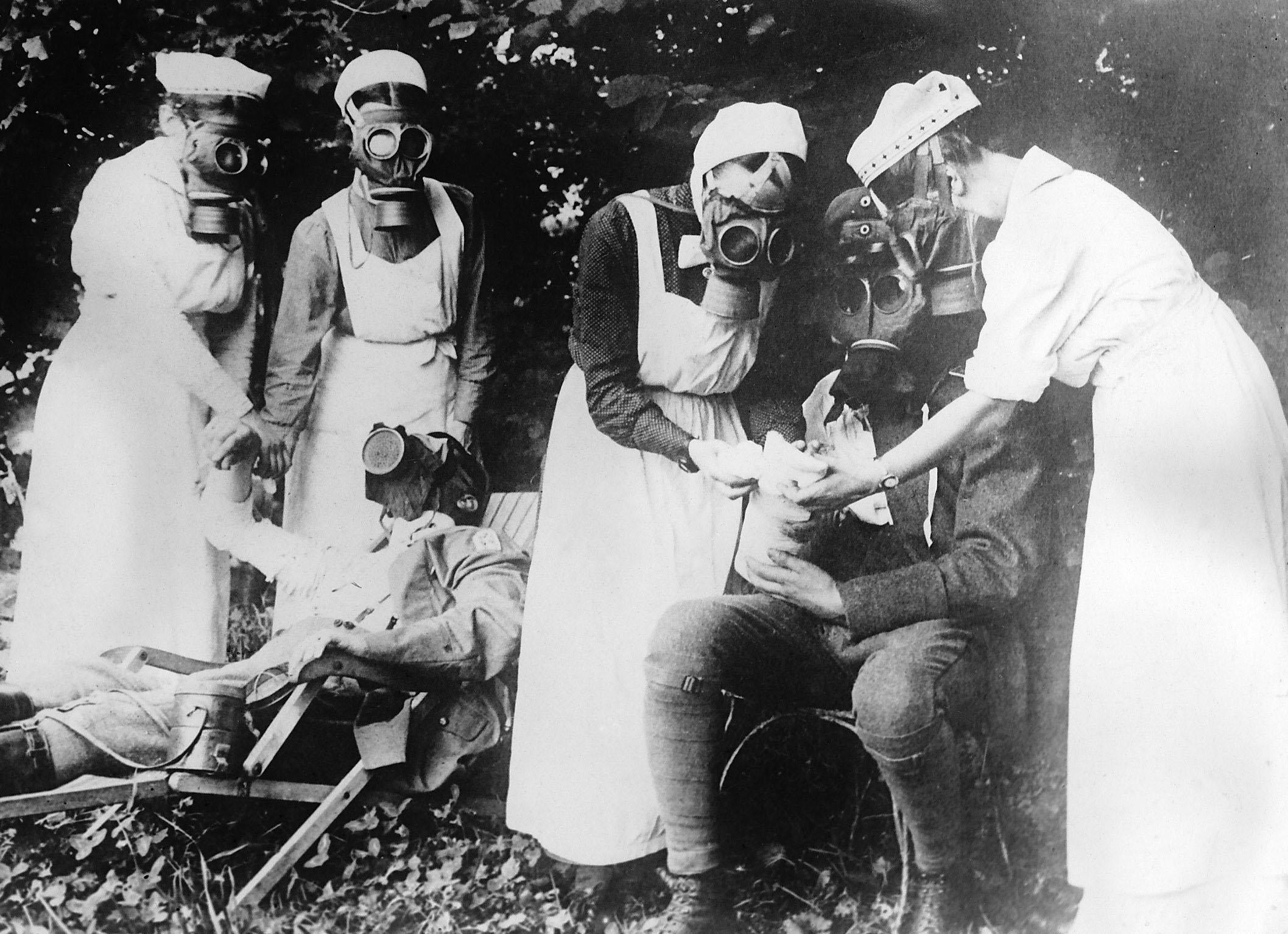 With no real idea about how to deal with these strange and inexplicable disabilities, doctors were left free to invent their own, often bizarre and cruel, forms of treatment.

In Germany, the most widely used approach was to administer painful electric shocks, sometimes for hours on end, in order to make the soldier feel the battlefield was preferable to the hospital ward. This was known as the ‘Kaufmann Method’, after the physician who developed it. I will be describing these treatments in a later blog.

In this blog, I want to discuss the most benign alternative treatment for hysteria. This was hypnosis and one of its most effective practitioners was Dr Max Nonne, a Hamburg neurologist. Yet his decision to attempt hypnosis, which he had learned while a medical student in Nancy many years earlier, came about more by chance than from any initial faith in the procedure. 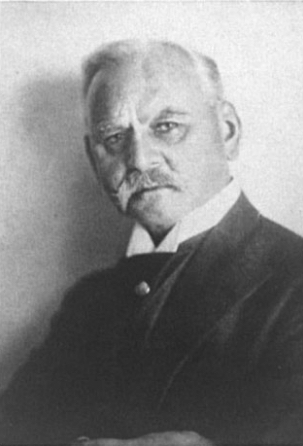 In October 1914, Nonne was instructed to treat a lieutenant, recently evacuated from Flanders, who appeared to have been struck dumb. Suspecting the young officer’s muteness was psychological rather than physical in origin, but with no clear idea how to proceed, Nonne decided to attempt hypnosis, something he had never previously used on a hysterical patient and which he seriously doubted would have much effect.

To his astonishment, no sooner had he placed the man in a trance and instructed him to talk than his patient immediately regain the power of speech.

This initial success encouraged Nonne to use hypnosis on a regular basis, usually with equally favourable results.

Mindful of his profession’s undisguised hostility to hypnosis, he was initially reluctant to publicise this form of treatment. Before long, however, his frequently dramatic successes led him to reconsider this decision. As word of his accomplishments became more widely known, psychiatrists and neurologists started clamouring to be taught his secrets.

While cautioning that not every patient could be cured instantly and admitting that with some it was necessary to ‘slave away for hours’, Max Nonne also insisted that in a majority of cases, treatment was both simple and speedy.

He even claimed that Blitzheilung or ‘split-second cures’ frequently occurred.

Max was soon in demand as a speaker and toured Germany addressing psychologists and doctors in Munich, Berlin, Metz and Koblenz. With the instincts of a born showman, his hour-long presentations were part clinical lecture and part pure theatre.

While demonstrating his skills from the platform he not only instantly cured soldiers suffering from paralyses, tics, tremors, stuttering and stammering but, by using hypnotic suggestion, make those previously cured reproduce their original symptoms with ‘photographic fidelity.’

In 1917, a 16mm film was made, by the military, to illustrate his lectures. You can see an extract from this film below.

Under the harsh white glare of the camera lights and against a stark black backdrop, we watch as an anonymous German soldier, wearing only underpants, trembles and jerks in the flickering silence. Abruptly, Max Nonne appears beside him, a tall and ghostly apparition in a long white coat. He places his hands on the shuddering body, gently massages the twitching limbs, whispers in his ear and suddenly, as if he had broken an evil spell, the trembling ceases and the terrible twitching stops.

A big hit with the medical doctors to whom it was shown, this movie is not all it seems. In order to ensure success before the camera, Max used patients he had previously cured and then re-hypnotised them to reproduce their original symptoms. He was then able to effect, quick and reliable ‘cures’ every time.

After he had successfully demonstrated hypnosis to a group of high-ranking military doctors, the Prussian authorities accepted its merits and scores of physicians from all over Germany were sent to Hamburg to learn his methods.

According to Max Nonne, success depended on following four essential rules. First, and most critical, was the therapist’s confidence in the procedure. Any doubts, even if only subconscious, would always have a negative effect on their ability to hypnotise the patient.

Second, patients had to make themselves entirely subordinate to the hypnotist’s will.

Third, the surroundings in which the hypnosis takes place were very important.

Unfortunately, despite Nonne’s bold claims and dramatic demonstrations, most doctors found the hypnosis, at best, unreliable and more often a complete waste of time.

This is not surprising. Recent research has shown success rates ranged from 20 percent to 70 percent.

As a result of their frequent failures, many doctors came to believe that not everyone could be hypnotised, but this is untrue.

Given sufficient time and effort, anybody can be put into a trance and failure to induce an altered state of consciousness mainly occurs when therapists use the same ‘script’ for each person.

‘Because everyone is different, this ‘off-the-peg’ approach won’t work,’ explains my colleague, leading British hypnotherapist Dan Jones. ‘To be effective hypnotherapists must tailor their procedure to the individual needs of clients in order to enable them to enter a trance in their own way.’

In the clip below my colleague, hypnotherapist Dan Jones, and cofounder of www.themindchangers.co.uk demonstrates one form of widely used hypnosis on a client.

Those doctors who did persevere reported very good outcomes and a high level of success.

Among the thousands of patients who received some form of hypnosis was a lance corporal in the List regiment called Adolf Hitler. 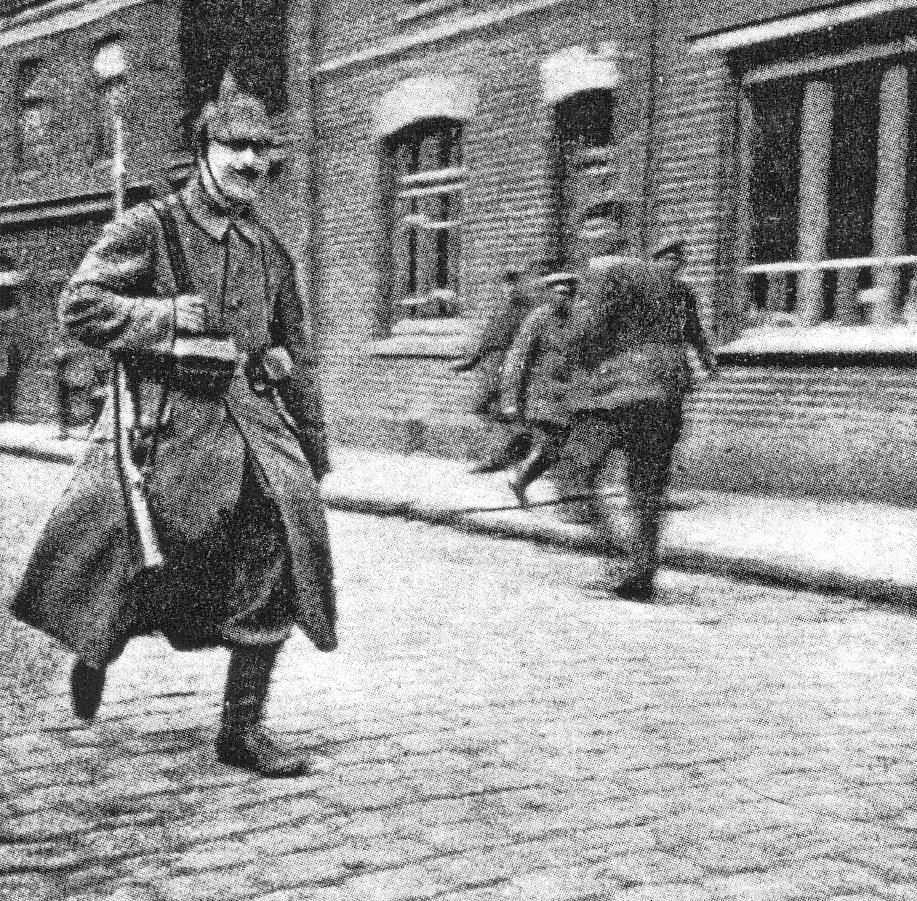 After he went hysterically blind, in October 1918, he was treated by an eminent Naval officer and hysteria specialist Dr Edmund Forster. The nature of his treatment and the tragic outcome it produced, forms the subject of my latest book Triumph of the Will? 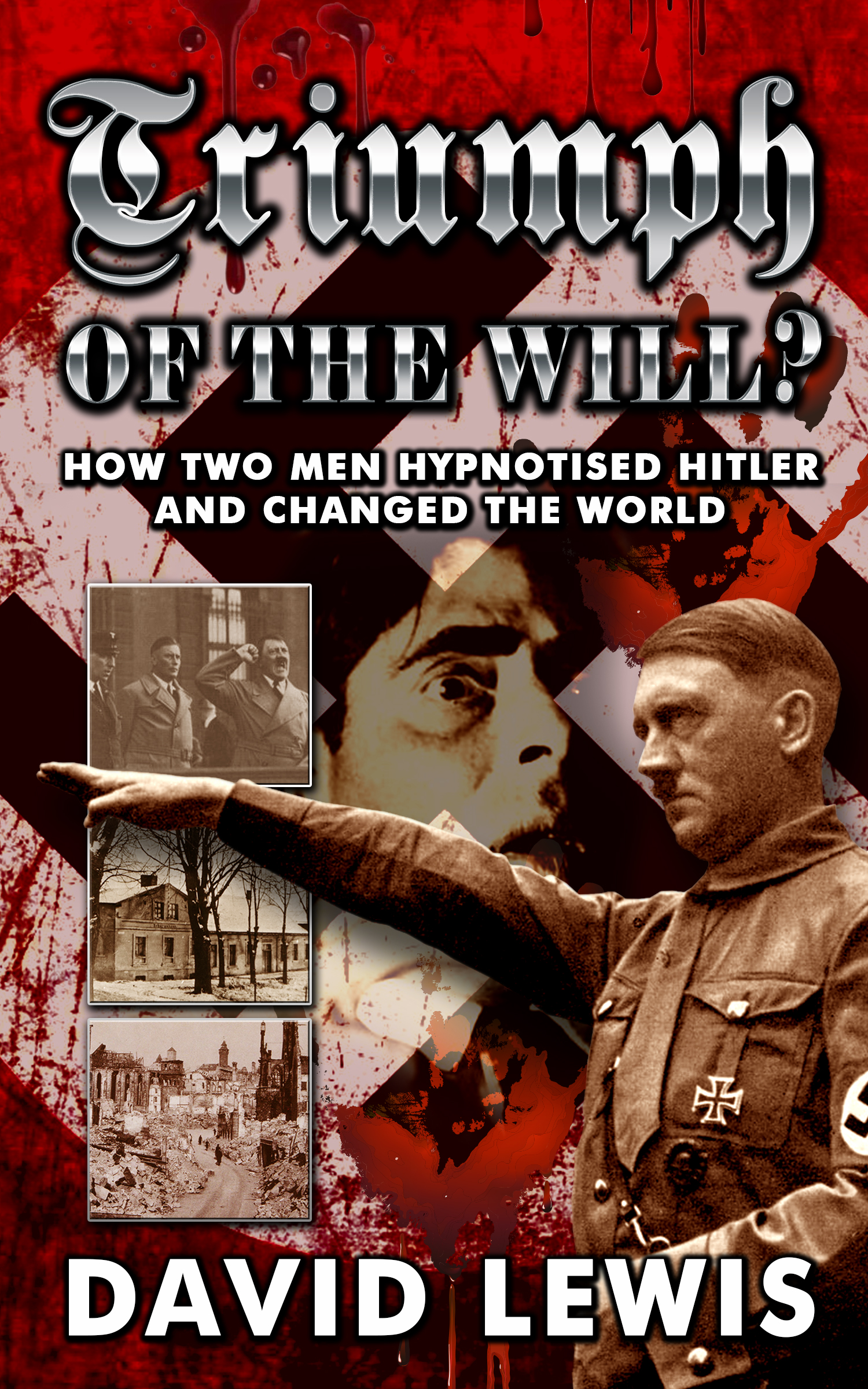 Cover of my new book about hypnotising Hitler.

Foster’s approach was very different to the image most people have of a hypnotic induction.

There was no waving of pocket watches or instructions to ‘look into my eyes’. According to the only account we have of it, in Der Augenzeuge (The Eyewitness) a purported work of fiction, this involved an appeal to Hitler’s patriotism and the suggestion that, should he somehow regained his sight, it would be a sign that he had been singled out by a divine power for some special and important mission. 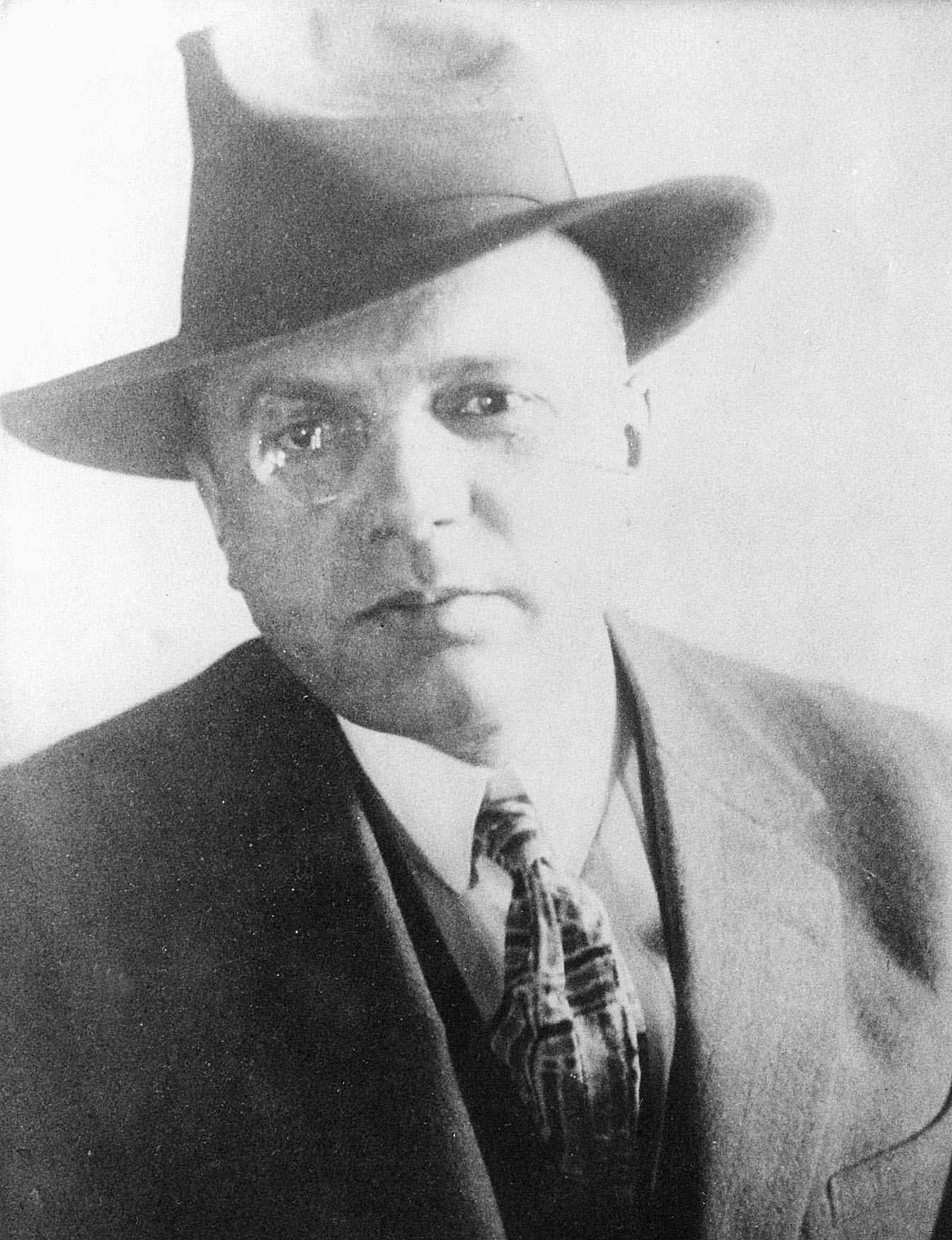 Hitler regained his sight and with it the conviction that he had indeed been chosen by some supreme being to lead his country to greatness. Less than two decades later the world trembled before the consequences of that belief.

If you would like to learn more about hypnosis and how words can be used to produce an hypnotic state, then go to www.themindchangers.co.uk