What’s in a Name? How about World Domination.

What’s in a Name? How about World Domination.

In recent a post I was asked about Hitler’s real name.

Was it Hitler or Schicklgruber?

The difference is significant politically. The former millions were able to yell in ecstasy. The latter would have been hard even to say let alone chant! 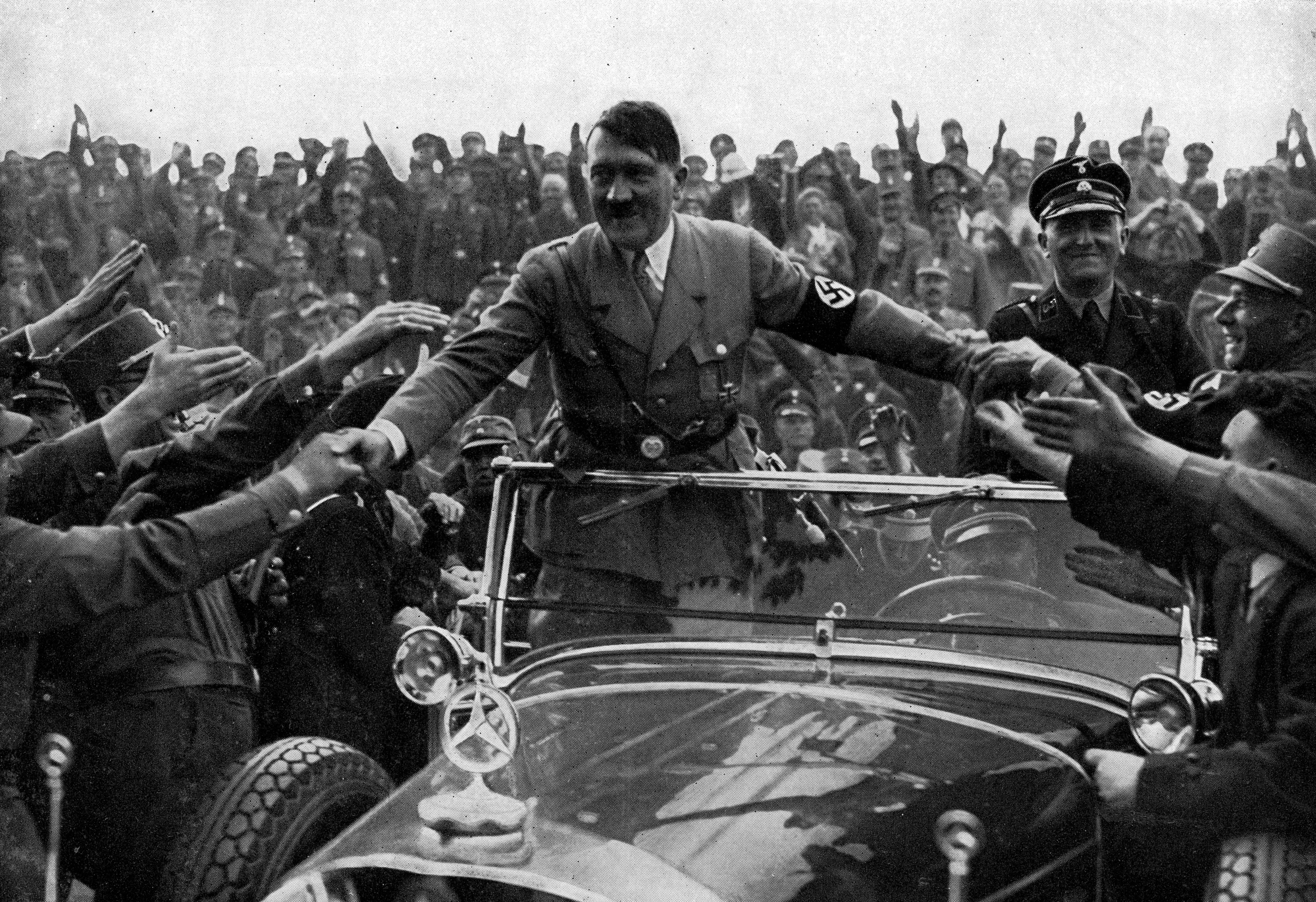 Would the mob have yelled ‘Heil Schicklgruber’ with such passion? Many doubt it!

To discover the truth about Hitler’s name, we need to delve into the murky history of his ancestry

Adolf’s father, Alois Schicklgruber, entered this world burdened by the twin stigmas of pov­erty and illegitimacy.

When his mother, Maria Anna , a forty-two-year-old unmarried farmer’s daughter, became preg­nant, her outraged parents ordered her to pack her bags and leave the family house. This despite the fact that four out of ten babies in the region were born out of wedlock.

It was only through the kindness of a villager in the nearby hamlet of Strones that when Alois was born,  on 7 June 1837, he was delivered in a cottage bedroom rather than an open field.

A weak child, who was not expected to live more than a few hours, Alois was baptised on the same day by the Dollersheim parish priest. 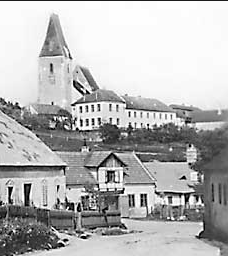 The Dollersheim parish church in Austria. The whole village was demolished, on Hitler’s orders in 1938, but the church has since been restored.

Somehow, the child not only survived but flourished.

In 1842, his mother married Johann Georg Hiedler (or Hütler, the spelling of his name varies). Johann was a spendthrift journeyman miller, so idle he scarcely did a day’s work in the five years between his marriage and Maria Anna’s death in 1847.

During those years, she struggled to provide for both her indolent husband and her child, as the family gradually sank into ever greater destitution. Finally, with their furnishings sold around them, Johann Georg was forced to sleep in a cattle trough.

Following the death of his wife, the husband disap­peared from the scene, not to reappear in Alois’s life for another thirty years.

The abandoned ten-year-old would have been in desperate straits but for his uncle Johann von Nepomuk Hütler (he had been named for the Czech national saint). Johann von Nepomuk was a prosperous and, unlike his younger brother, hard-working, farmer in the nearby village of Spital. He already had two other children of his own, Johanna, seven years his senior, and Walburga. Later Johanna would give birth to a daughter Klara who would end up sharing Alois bed.

Alois’s childhood does not seem to have been particularly happy. Known by his mother’s maiden name, Schicklgruber, he was branded a bastard by neighbours and bullied by local children. Johann von Nepomuk also made it clear that Alois had no prospect of inheritance.

It was not until some thirty years later that, Johann Georg Hiedler, Alois’ erstwhile father, re-entered the 39-year-old’s life.

In November 1876, Georg went with, a group of neighbours, to see Josef Zahnschirm, the elderly Dollersheim parish priest, to have Alois’s birth legitimised by producing a legal document showing him as the father. Zahnschirm obligingly changed the parish records by scratching out the remark: ‘Male, illegitimate’ and filling in the name ‘Georg Hiedler’ in the previously blank space under ‘Father’.

In the space for ‘Remarks’, the priest noted: ‘It is confirmed by the undersigned that Johann Georg Hiedler, whose name is here entered as Father, being well known to the undersigned, did accept paternity of the child, Alois, according to the statement of the child’s mother Anna Schicklgruber.’ 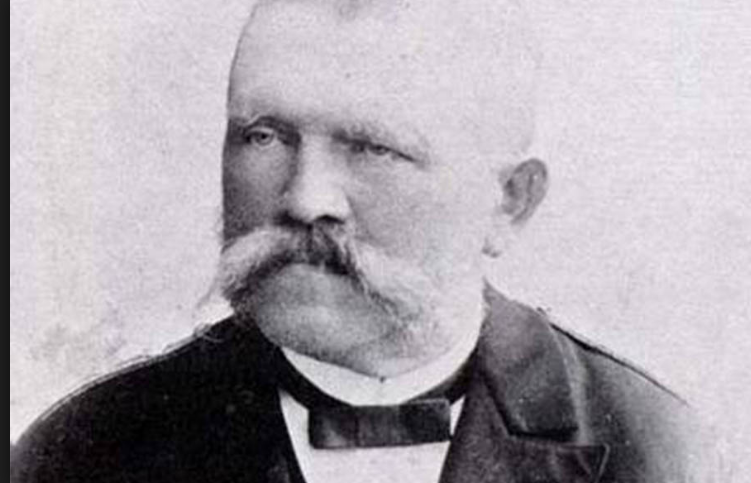 Alois celebrated his legitimacy by distancing himself from both Johann von Nepomuk Hütler and Georg Hielder.

He combined their surnames to create a third spelling of the name.

From that date onwards, he and his family would be known as Hitler.

By way of a footnote, in 1938, Hitler gave orders to transform that region of Austria, which included his father’s place of birth and the grave of his grandfather, into a military training ground. The villages were demolished and wiped from the map! Perhaps, this was Hitler’s revenge for his father’s unhappy childhood or maybe he wants to erase an unsavoury chapter of his family’s life.

In my next blog I will explain why he was christened Adolf and how this relates to his fascination with wolves.