THE ACTOR, THE ARISTROCRAT AND THE TWENTY MINUTERS David Lewis

THE ACTOR, THE ARISTROCRAT AND THE TWENTY MINUTERS David Lewis

The ‘Twenty Minuters’, a term made famous in Britain by the comedy series Black Adder, was nothing to laugh about.

The phrase was first coined, probably in April 1917, when ‘twenty minutes’ was the claimed lifespan of new Front Line pilots.

While an obvious exaggeration, some newcomers to the war didn’t survive much longer.

In one case a pilot was killed, within two hours of arrival, in a flying accident over his own aerodrome, without ever engaging the enemy. In another, an observer died in action so soon after joining his squadron he had no time to unpack his kit. 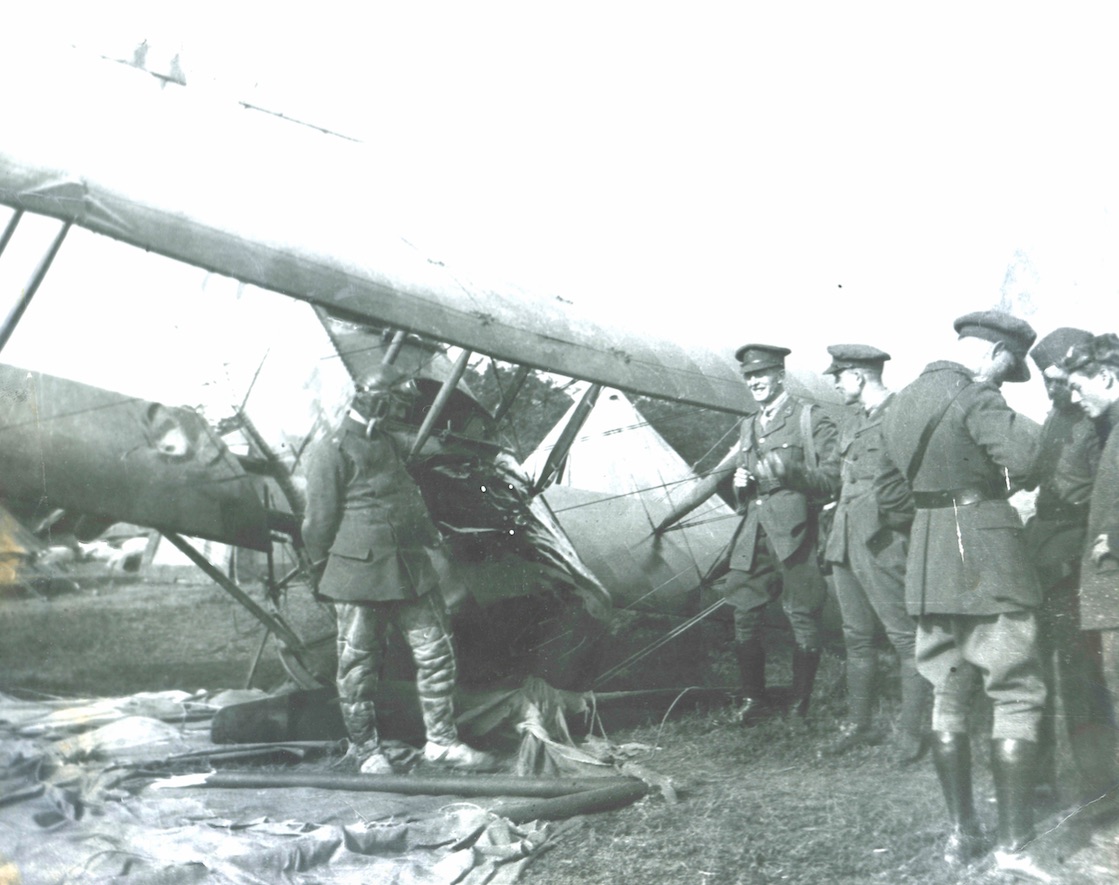 Among inexperienced pilots, newly arrived at the Front, crashes were frequent and loses high. In time, however, their sense of spatial awareness increased to the point where their vulnerability greatly decreased and their survival chances improved. But flying in the First War always remained an extremely dangerous occupation.

This Blog tells the story of two pilots; one an acclaimed English actor and the other a member of the German aristocracy.

But first a little background.

In England, the development of aviation for military purposes began with experiments with captive balloons at Aldershot in 1862. Military ballooning was formally introduced into the Army in 1879, and a training school established at Chatham.

The Birth of the Royal Flying Corps (RFC)

When the Royal flying Corps was formed, in 1912, its administration came partly under the War office and partly the Admiralty. This was because there were two wings – one for the army and the other for the navy. The Central Flying School trained pilots for both. In July 1914, two wings were separated with the latter becoming the Royal Naval Air Service (RNAS).

The RFC’s main purpose was initially seen, not as engaging in aerial combat, but conducting photographic reconnaissance of enemy positions and artillery.

In 1914, seven Active and seven Reserve squadrons were considered sufficient to meet all the needs of the Expeditionary Force. Each recruited 182 officer flyers and 182 non-commissioned officer flyers.

When war was declared, the RFC had a 113 aircraft, the French 160 and the Germans 246. By its end, these figures had grown to thousands of men and aircraft.

Trials to identify suitable machines for the Military were held over Salisbury Plain in 1912.

In order of importance, judges evaluated each aircraft on its speed, climbing, gliding, and landing view, quality of construction, compactness and ease of handling.

The winning machine was a British built Cody biplane with a French Deperdussin monoplane in second place.

Although the biplane won its designer, Samuel Franklin Cody, the top prize of £4,000 – almost half a million pounds in today’s money – the machine played little role when hostilities broke out less than two years later. 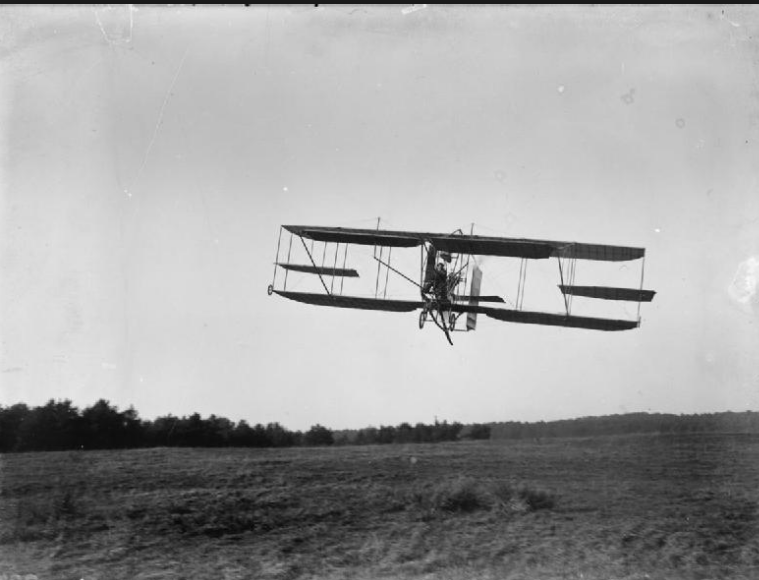 On the British side, a widely used and successful model was the Sopwith F.1. Camel. This single seater biplane, which first saw action in 1917, was fitted with Vickers machine guns. 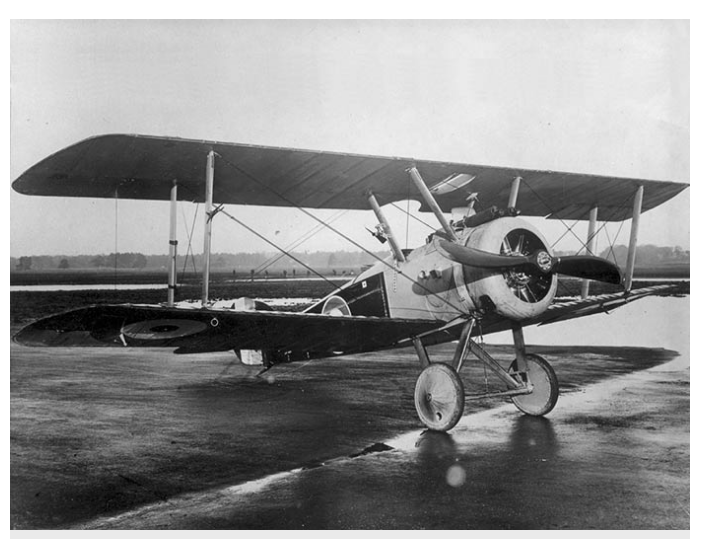 Although, for inexperienced pilots, it proved tricky to handle, the plane’s unmatched manoeuvrability helped establish Allied air superiority from that time onwards. Over the next two years, it shot down more enemy planes, over a thousand of them, than any other machine in the war. 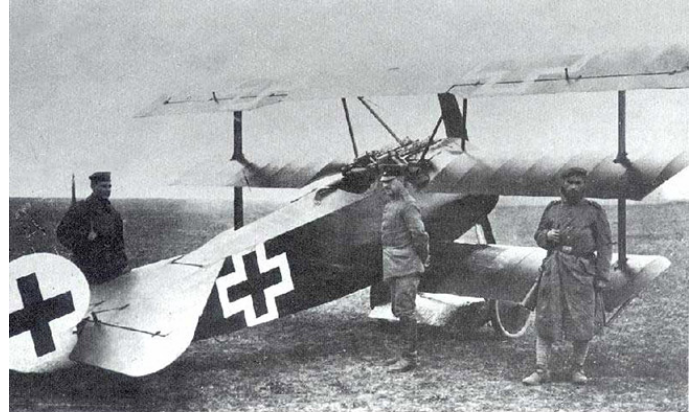 The Germans’ most famous aircraft was the Fokker DR-1. Equipped with twin Spandau machine guns, the triplane had superb manoeuvrability but its slow speed was to prove no match for swifter Allied machines.

This was the machine flown by German air race Baron von Richthofen, about whom more later.

Although some 300 Fokker DR-1were built over the course of the war, no original machines now exist. The last example was destroyed during a bombing raid on Berlin during WW2.

For most of the war Allied pilots faced better-trained enemy flyers whose aircraft were faster and able to operate at higher altitudes. The prevailing westerly wind at the Front also favoured German flyers.

While British flyers were considered more aggressive and determined, this ‘daring do’ approach came at a high price. For every German aircraft shot down, four British ones were lost. 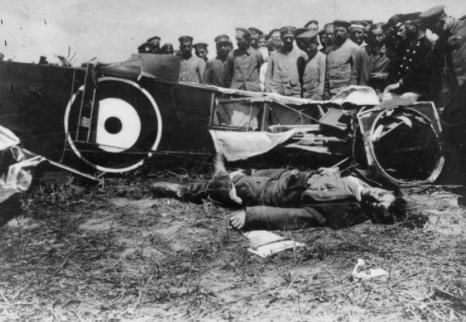 Of the thousands of pilots who flew, fought and died during the war, I want to focus on just two whose careers and family backgrounds were very different.

Born in 1876, Robert Loraine ran way from school at the age of 13 to follow his parents, Harry and Nellie, into show business. After five years with a repertory company, he landed his first role in a London theatre where he rapidly established a reputation as a fine young actor. 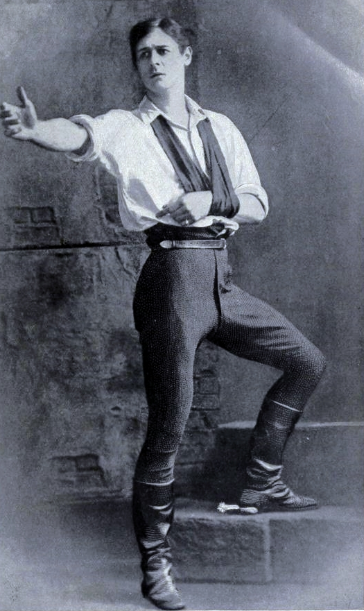 Fascinated by idea of flight he travelled to France, in 1909, to purchase his first machine, a Blériot, on which he learned to fly.

When war broke out, Loraine volunteered for the Royal Flying Corps and was appointed as a 2nd Lt. pilot in the Special Reserve. A short time later he was demoted to Observer after crashing and writing off two aircraft. 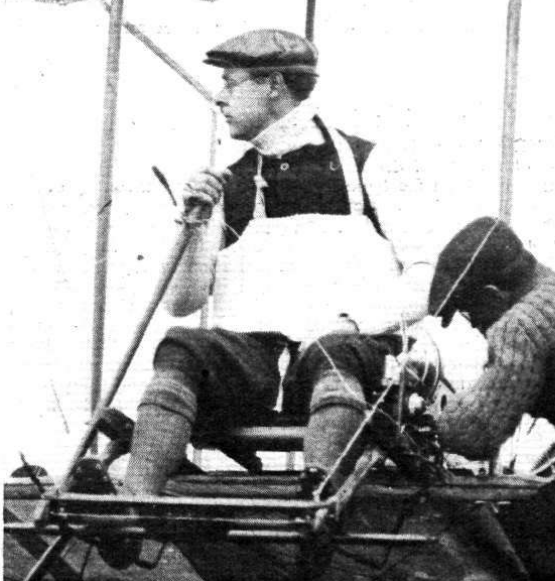 A Brave But Reckless Pilot

In November 1914 he was seriously wounded by ground fire and nearly died. After recuperating, he returned to the Front in early 1915 and was retrained as a pilot.

Within a few months he had been promoted to Flight Commander and awarded a Military Cross for shooting down an enemy Albatros aircraft over Allied lines.

While a courageous, aggressive and determined fighter pilot, Loraine was also considered by many to be overly reckless. As a commander he was unpopular with his men due to his autocratic behaviour and willingness to put the lives of pilots under him at great risk.

After the war he returned to the stage as an actor/manager and enjoyed considerable success in both London and Broadway. He died, following an operation, two days before Christmas in 1935.

Baron Manfred von Richthofen was born, five years after Robert Lorraine, on May 2, 1892, in what is now Poland.

The son of a noble family, Manfred’s early childhood was comfortable and prestigious. He spent his time hunting and playing sports. When he was eleven, his parents enrolled him into the military as a cadet. Eight years later he was commissioned into the 1st Uhlan Cavalry.

Manfred von Richthofen, the famous Red Baron with his pet dog. He was just 25 when he died

From Riding to Flying

When war started, he saw action on both the Eastern and Western Fronts where he was awarded an Iron Cross for courage under fire.

Eager to make his mark, he requested a transfer to the Imperial German Air Service. By 1915 he was seeing action, as an Observer, over Russia.

Returning to the Western Front, he trained as a pilot and showed such aptitude that he was enlisted into Jasta 2, a new fighter squadron commanded by the German air ace Oswald Boelcke.

On September 17, the following year he shot down a British aircraft over France. Four further kills earned him the title of “flying ace”.

Within the year Richthofen had downed 16 more Allied planes to become Germany’s highest scoring, living, pilot. In recognition of this he was awarded Germany’s top military honour the prestigious Blue Max, or Pour le Mérite, medal.

Birth of the Red Baron

About this time he ordered his distinctive, three-winged, Fokker Dr.1 and had it painted blood red. It was this that gave rise to his nickname the ‘Red Baron’, although he was also known as ‘the Red Battle Flyer’ the ‘Red Knight’ and, by French pilots as ‘le Petit Rouge’.

At the start of 1917, he was given command of his own squadron, Jasta 11. Among the pilots who flew alongside him, in what became known as his ‘Flying Circus’ on account of their brightly painted aircraft, was his younger brother Lothar von Richthofen.

Richthofen and his fellow pilots, made up what became known as the Flying Circus on account of their colourful aircraft,

This rare piece of 1917 newsreel shows the Red Baron briefing the young  Flying Circus pilots before a mission, checking his win Spandau machine guns and finally taking off on a combat mission over the Allied trenches in France.

The War’s Most Feared Flier

That April he destroyed some twenty-four Allied planes, raising his ‘kills’ to over fifty, so becoming the First War’s most successful and feared pilot.

Unlike Robert Lorraine, who took reckless risks with his own life and those of others, Richthofen was a cautious tactician. He typically fought in formation and relied on his wingmen to prevent being ambushed by enemy flyers.

Death of a Flying Ace

It could not last.

In July 1917, a British bullet fractured his skull. Although he recovered sufficiently to return to his squadron, a few weeks later, the injury left him with frequent headaches. It has been speculated that he is also suffering from what we would, today, call Post – Traumatic Stress Disorder (PTSD).

Swooping low after an enemy fighter, his aircraft was hit by both machine-gun fire from the ground and an Allied aircraft piloted by Canadian Arthur Roy Brown. A bullet struck Richthofen in the chest, killing him instantly. 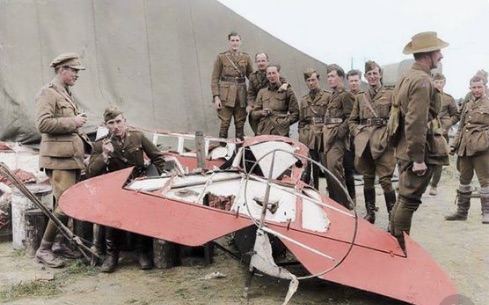 The Red Baron was 25 years old and had been a fighter pilot for little over two years. During those months he had recorded 80 confirmed ‘kills’, the highest of any pilot on either side during the war.

Richthofen’s body was recovered by Allied soldiers and buried with full military honours. The funeral was photographed and the pictures later dropped over his aerodrome with this message: ‘TO THE GERMAN FLYING CORPS: Rittmeister Baron Manfred von Richthofen was killed in aerial combat on April 21st, 1918. He was buried with full military honours. From the British Royal Air Force.’*

While chivalry had long since vanished from the slaughterhouse that was the trenches, it still survived – even after four years War – among the Twenty Minuters’ on both sides of the conflict.

* The RFC had become the RAF on 1 April 1918 with the merging of the two services.

In my next Blog, I will be explaining the background to the Nazis best known and most  notorious marching songs, the ‘Horst Wessel Lied.