In my latest book, Triumph of the Will? I describe how Hitler was hypnotised on two occasions.

The first was in October 1918 while being treated for hysterical blindness by an eminent German Naval doctor Edmund Forster.  His sight returned, but he was left with the post-hypnotic suggestion he had been chosen by a higher power to lead Germany to glory. 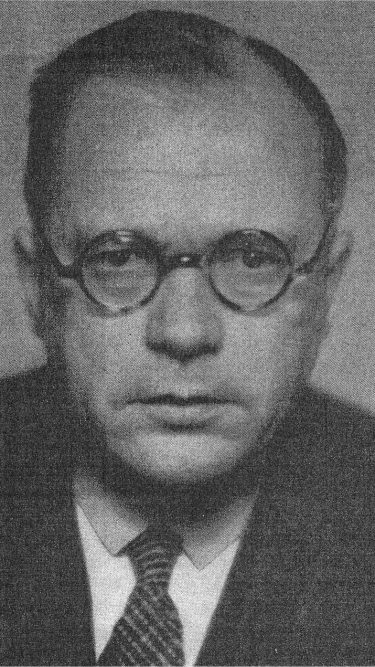 The second occurred in the early 30s when he worked with Eric Jan Hanussen, a celebrity clairvoyant and hypnotist. 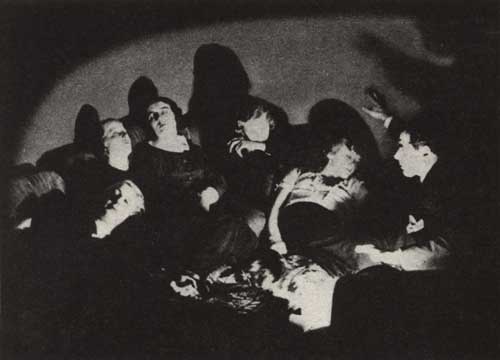 Hanussen taught him to use hypnosis to seduce and manipulate the minds of millions.

At this Hitler proved the most accomplished hypnotist of them all.

Exactly when the two men first met is uncertain, but they most likely date is May 1932. Hitler, an admirer of the clairvoyant, wrote him a note asking if they could meet up.

It was the start of a professional relationship   during which the master of stage craft, demonstrated how to use hypnosis to, quite literally, entrance spectators.

Hanussen’s first tip was to make all major speeches at night, when his listeners psychological resistance would be at its lowest ebb. The setting was equally important with colourful banners, music, processions, and lighting all heightening the drama of the occasion. Top of the list, he told Hitler was to pay close attention to his gestures, inflection and timing,

The lessons included demonstrations of how different hand movements can be used to communicate emotions. Hitler took these instructions very seriously and commissioned Heinrich Hoffmann, his personal photographer, to picture him rehearsing these gestures. He would then devote hours to study them and assess their impact.

Among many other silent signals, he learned the importance of different hand movements when communicating a wide range of emotions. High plane gestures, which end with the hand raised above the shoulders, express emotional, physical or mental elevation while what he termed low plane gestures, terminating below the waist, convey the opposite meaning. These he contrasted with ‘Front plane’ gestures used to communicate unity, advancement, strong agreement and direct, personal involvement. The secret of success, the psychic told him, was to make every single member of even the largest audience believe he was speaking directly and personally to them alone.

The most powerful gesture, and one Hitler increasingly used during his speeches, was the raised clenched fist in which the fingers are locked with the thumb on the outside.  This, Hanussen told him, conveys determination, defiance, forcefulness and extreme intensity. The showman also emphasised the importance of using both hands when making gestures since by doing so he could increase the intensity of what he was saying.

Among the hypnotic techniques that Hitler learned were ways to mesmerise his audiences through the power of facial expression, eye-contact and voice tone.

Hanussen also showed him ways of using content, voice tone, expression and eye movements to increase his already considerable attraction to female followers. He explained the importance of the prone hand, in which the palm is turned downwards with the fingers straightened out indication submission. When meeting women, Hitler was told to ensure they offered their hand to him in this way since it was make them more willing to submit to his will. 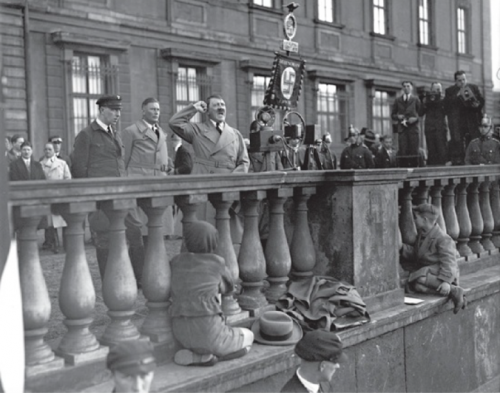 Hanussen standing behind, Hitler and to his right, at a rally in the early thirties

Although never part of the Führer’s intimate circle, Hanussen was sufficiently valued by Hitler to appear in the same photograph as the great man, albeit standing discretely in the background.

Nice read, I have been studying hypnosis and communication for some time. I enjoyed this, thanks

Hypnosis and Donald J Trump, in your professional opinion do you think Tump hypnotized the Republican Party and their followers?

Or possibly the mainstream media propaganda has hypnotized them to believe Trump was evil.

I am sorry. The Man in the trenchcoat behind Hitler is not Hanussen. It is Wilhelm Brückner.

Hanussen is the one way in the back in the dark coat.

Eric Hanussen was a Jew