A few days after the declaration of war, in August 1914, a small group of British Naval vessels set off on an unusual but vitally important mission.

Using grappling hooks, attached to long steel cables, they hauled from the depths of the sea long, snake like, ‘monsters’ draped in slime and seaweed.

Once landed on deck, these ‘monsters’ were hacked through with axes before being dumped, unceremoniously, back into the waters for which they just been hauled.

These were the telegraphic cables by which Germany maintained contact with the rest of the world.

Their destruction meant that, for the rest of the War, the enemy could communicate only via overland cables, routed through neutral countries, or by wireless.

Which was exactly what British Intelligence had in mind.

Jam Their Wireless as Well

Once the cables had been severed, the French suggested the Allies should also block Germany’s radio communication.

This the British refused to do.

By allowing wireless transmission to continue unhindered, they would be able to intercept and decode, or decipher, every signal the enemy sent. 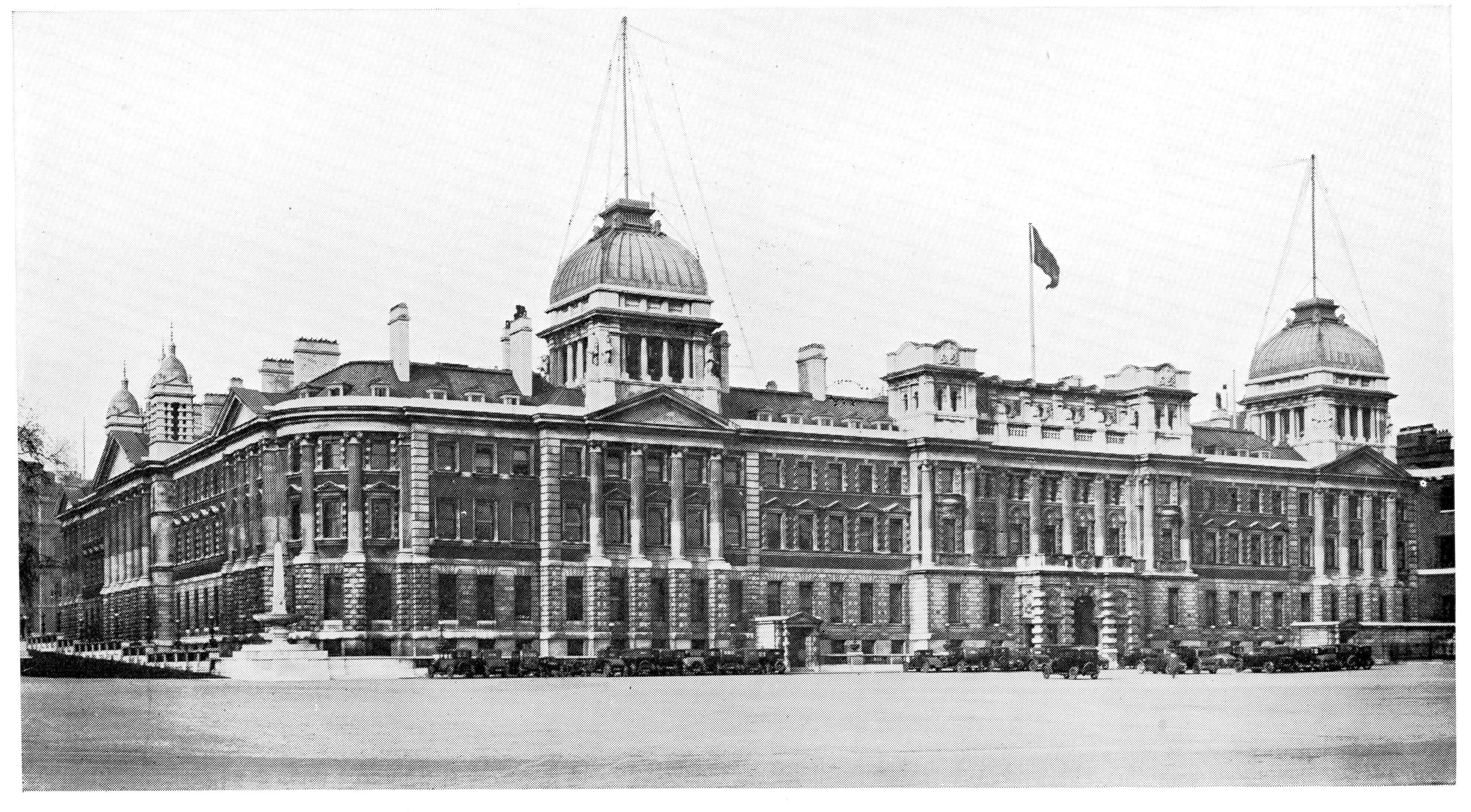 A New Espionage Department is Set Up

In order to undertake this work, a special department was set up in Room 40 of a little used wing of the Admiralty’s Old Building.

This rapidly became known, to the extremely small number of people who ever knew of its existence, as 40 Old Building or, more usually, simply as 40 O.B.

The work of 40 O.B. was so secret that even Cabinet Ministers and senior Naval officers remained unaware of the Department’s existence for over a decade.

The cryptographers of 40 O.B. faced similar to challenges to those of Britain’s World War II code breakers, at Bletchley Park, a quarter of a century later.

There were, however, two major differences.

While, by the war’s end, Bletchley Park employed thousand, the number in 40 O.B. never rose much above fifty.

Second, denied the brilliant mind of mathematician Alan Turing and the computers he designed to crack Nazi Enigma codes, the men and women in Old Building 40 had to conduct their daunting, clandestine, work using nothing more sophisticated than paper and pencils. 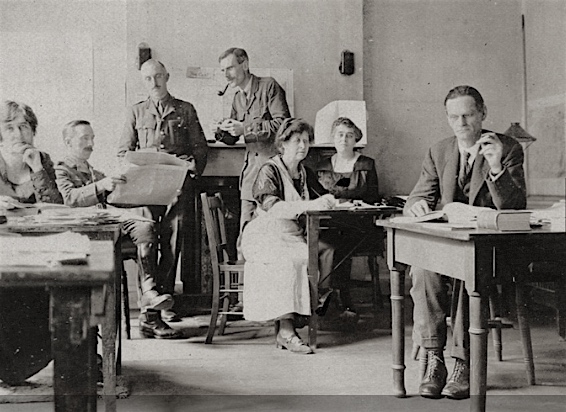 Inside the top secret 40 O.B. with some of the cryptographers (University of Aberdeen)

As at Bletchley, 40 O.B. attracted a somewhat eccentric bunch of both male and female cryptographers, mathematicians and even theologians.

They included Alfred Dillwyn, ‘Dilly’, Knox, a brilliant mathematician who, it is said, preferred to tackle the more fiendishly complex German ciphers while soaking in the warm bath he’d had installed in his Admiralty office. Dilly was so absent-minded that, when he married, he forgot to invite his brothers to the wedding. 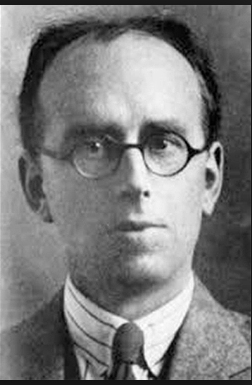 ‘Dilly’ Knox, a brilliant mathematician, classicist and expert of papyrus who worked on German codes in two wars

There were the Reverend William Montgomery, a Presbyterian minister and biblical authority; Nigel de Grey, an old-Etonian book editor, nicknamed the ‘door mouse’ on account of his mild-mannered personality and Alastair Denniston, a former Scottish Olympic field-hockey player and world expert on German literature. Denniston and Dillwyn Knox went on to work at Bletchley Park during the Second War.

A Leader Is Appointed

In charge of this maverick team was Sir Alfred Ewing, a Scottish born engineer and physicist.  Ewing was a distinguished scientist who had made important advances in the electro-magnetism. But it was not so much his engineering prowess that brought him to the attention of Naval Intelligence.

It was his lifelong hobby of breaking of codes and ciphers.

Ewing is Put to the Test

‘You enjoy trying cracking codes, I hear,’ Admiral, Sir Henry Oliver, Director of Naval Intelligence, told Ewing after calling him to his office in early October, 1914.

‘I most certainly do,’ the Scotsman replied.

‘Then try your hand at these.’

Oliver passed a batch of recently arrived coded German signals across the desk.

Knowing how much depended on the success or failure of Ewing’s efforts Oliver waited impatiently as the hours ticked by.

After working on them for the rest of the afternoon, the engineer placed a handful of perfectly deciphered messages on the Admiral’s desk.

‘The job is yours if you want it,’ a relieved Oliver told him delightedly.

Who Was Alfred Ewing? 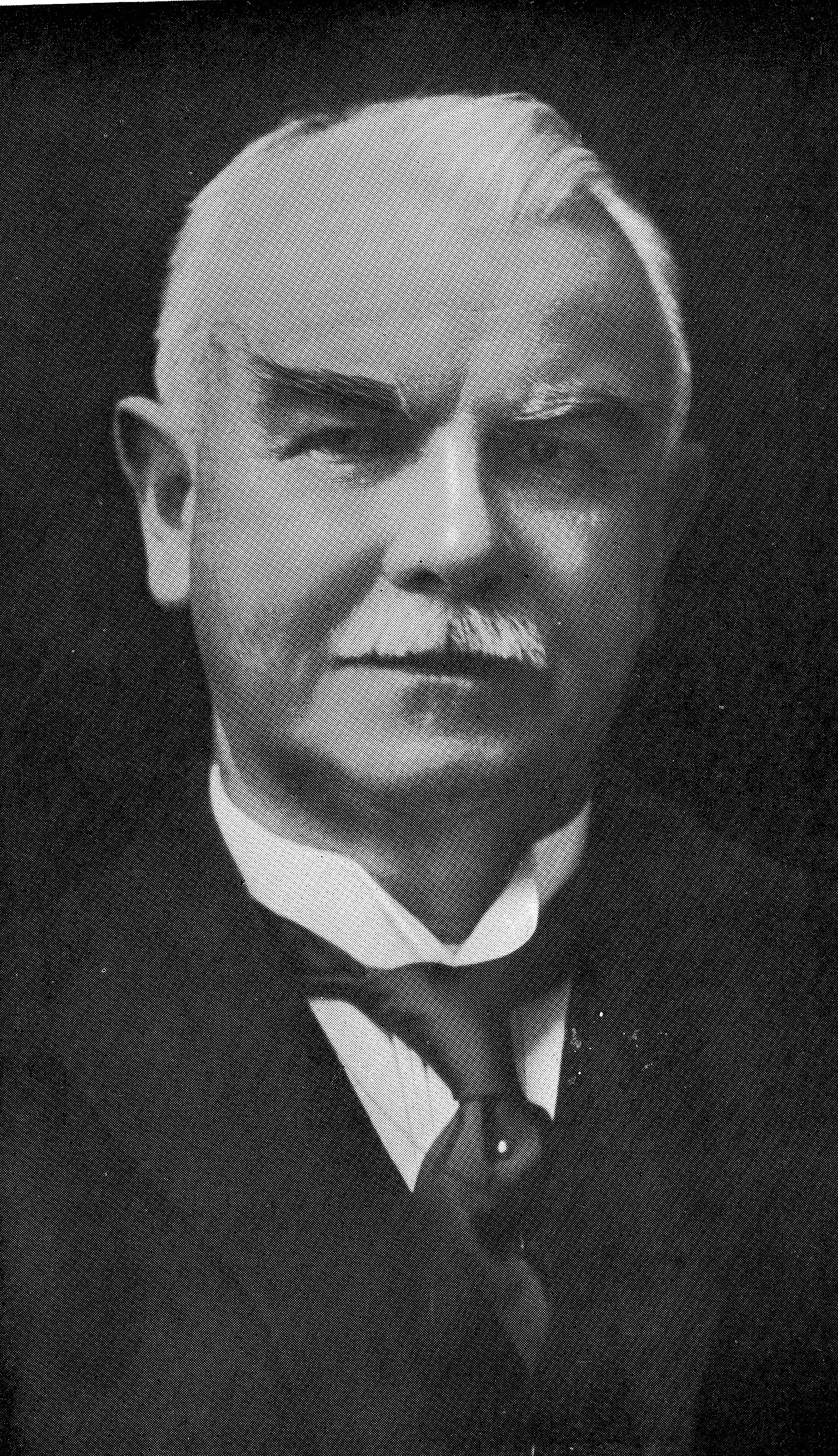 James Alfred Ewing had been a Professor of Engineering, first at Dundee University and later at Cambridge, before joining the Admiralty, in 1903, as Director of Education.

Described by a contemporary as a ‘small man with an enormous head, remarkable eyebrows, and strangely piercing eyes,’ the 59-year-old always took great care over his appearance, favouring handmade grey suits, mauve shirts with white butterfly collars, and dark blue ties. He sported a waistcoat, with a distinctive white pique stripe, and carried an ivory-topped walking stick. In conversations he was prone to jab this stick towards his startled companion’s nose in order to emphasise a statement’s importance.

Given a free hand by Henry Oliver, Ewing immediately set to work, recruiting German speaking code breakers from all over the country. He also ordered the construction of listening posts, along the East Coast from Lerwick in the North to Lowestoft in the South, to eavesdrop on the enemy’s radio signals.

So fast and efficient was the work of the 40 O.B.’s cryptographers that, within a few hours of their arrival, German signals had been decoded, translated and were being read by Naval Intelligence officers.

‘He never seemed in the least disturbed about the results from the Front, good, bad or indifferent,’ recalled colleague Hugh Hoy. ‘So confident was he of the ability of his small but dedicated team, that he once boasted: ‘Even if the Germans change their code every hour of the day, my staff would be able to solve the puzzle.’

It was a claim that would soon be put to the test.

It was not until 1916, that the Germans realised their ciphers had been compromised and started changing the key of their principal Naval Signal Book on a regular basis. This they did, every twenty-four hours, at precisely midnight.

Sometimes, these changes were made so rapidly even their own side was no longer able to understand them.

On one occasion, the British decoded frenzied messages from Captains’ in Germany’s High Seas Fleet, asking how to read the most recent signals.

Desperate pleas which provoked a quiet chuckle from the cryptographers of 40 O.B. who had, with no great difficulty, deciphered the same messages several hours earlier.

The successes of 40 O.B. ranged from uncovering traitors, such as Roger Casement who attempted to lead an army, made up of Republican prisoners-of-war, against the British in Ireland, to unmasking German spies in the UK. Men like Carl Lody whose remarkable career in espionage I will describe in a future blog.

Others stories I will be recounting include the code breakers’ ability to warn of impending German Zeppelin attacks, from the air, and U-boats movements beneath the waves.

In this Blog, however, I want to focus on perhaps their most famous intercept of the entire war. The document that became known as the Zimmerman telegram.

When it first arrived, the cable sent by the German Foreign Secretary, Herr Zimmerman, to the German Ambassador in Washington, Count Bernstorff, was considered of low priority and placed in the pile of routine signals awaiting the cryptographers’ attention.

As soon as the code-breakers looked at it more closely, however, they realised the Germans’ had subtly altered the way it was encrypted. 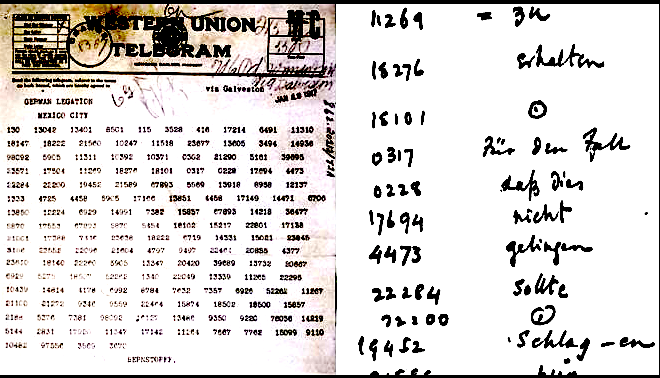 As a result, it was initially unintelligible but, slowly and patiently, they managed to spell out a single sentence which was, by itself, of grave importance. The eleven decoded words read:

‘WE PROPOSE TO BEGIN ON THE FIRST FEBRUARY UNRESTRICTED SUBMARINE WARFARE.’

These were immediately sent to Admiral Reginald Hall, who had taken over from Henry Oliver, as Director of Naval Intelligence, in November 1914.

Forty-four-year-old Hall, nicknamed ‘Blinker’ on account of a facial twitch which caused his right eye to ‘flash like a Naval Signal lamp’, had bushy eyebrows, poorly fitted dentures, and a penetrating stare.

According to the American ambassador in London, Hall also possessed: ‘An intellect that [made] him the one genius the war has developed.’

The Cable That Cost Germany The War

As soon as he received the partly decrypted message, Hall hurried over to 40 O.B. so as to be on hand when the cable was finally deciphered.

It took several hours for the experts to make sense the cipher but they finally managed to piece together the complete signal which read as follow:

‘ZIMMERMAN TO BERNTORFF FOR ECKHARDT

We intend to begin on February 1st unrestricted submarine warfare. We shall endeavour, in spite of this, to keep the United States of America neutral. In the event of this not succeeding we shall make Mexico a proposal of alliance on the following basis: Make war together, make peace together, generous financial support, and an understanding on our part that Mexico is to reconquer the lost territory in Texas, New Mexico and Arizona…. You will inform the president of Mexico of the above most secretly as soon as the outbreak of war with the United States of America is certain, and add the suggestion that he should on his own initiative invited Japan to immediate adherents, and at the same time mediate between Japan and ourselves. Please call the President’s attention to the fact that the ruthless employment of our submarines offers the prospect of compelling England in a few months to make peace.’

‘Is the Zimmerman Telegram a Hoax?’

Although it was destined to become one of the key reasons why America entered the war on the part of the Allies, Washington initially dismissed the cable as a forgery and a hoax. 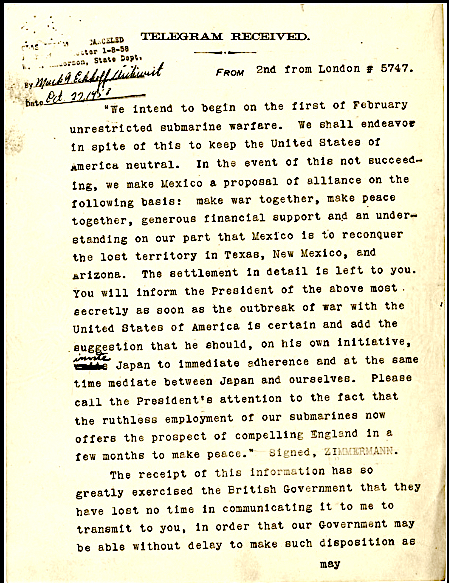 Refusing to believe the German’s would ever have been so stupid as to broadcast such an incriminating message, they asked Hall to hand over a copy of the code. This would enable them to read the telegram for themselves, and of course, all future German communications.

The Admiral turned down this request, pointing out that only a few of his cryptographers were capable of the breaking such codes and these men were far too valuable to the British war effort to be risked in a voyage across the Atlantic.

The Americans Send in Their Own Man

After some wrangling, Hall agreed to reveal the key to the code to one of their most trusted officials.

A short time later, one Edward Bell, Secretary to the Embassy, arrived at 40 O.B. and was shown how to decipher not only the Zimmerman telegram but scores of other top-secret German signals as well.

After satisfying himself about the cable’s authenticity, Bell informed President Wilson the telegram was genuine. Less than eight weeks later, on April 6th, America declared war on Germany.

‘Lose Ewing and We Lose the War’

While the British intelligence code-breaking successes were a tribute to everyone working in 40 O.B., the Department’s speed and efficiency were undoubtedly a reflection of capabilities and intellect of its leader t James, Alfred, Ewing.

A man about whom Churchill once commented: ‘Losing him would mean losing the war.’

In my next blog I will discuss the plundering of Jewish property in Paris after the Nazi occupation in 1940.

While it is often assumed that only the art treasures of superrich Jews, such as the Rothschilds, was stolen Nazi thefts ranged from priceless old Masters to the domestic property of middle and working-class Jews.

No sooner had their owners being shipped off to camps in France and Germany, than Nazi troops smashed their way into deserted homes and apartments intent on looting anything and everything from pots and pans, to furniture, ornaments, bed linen and bath towels to children’s toys.